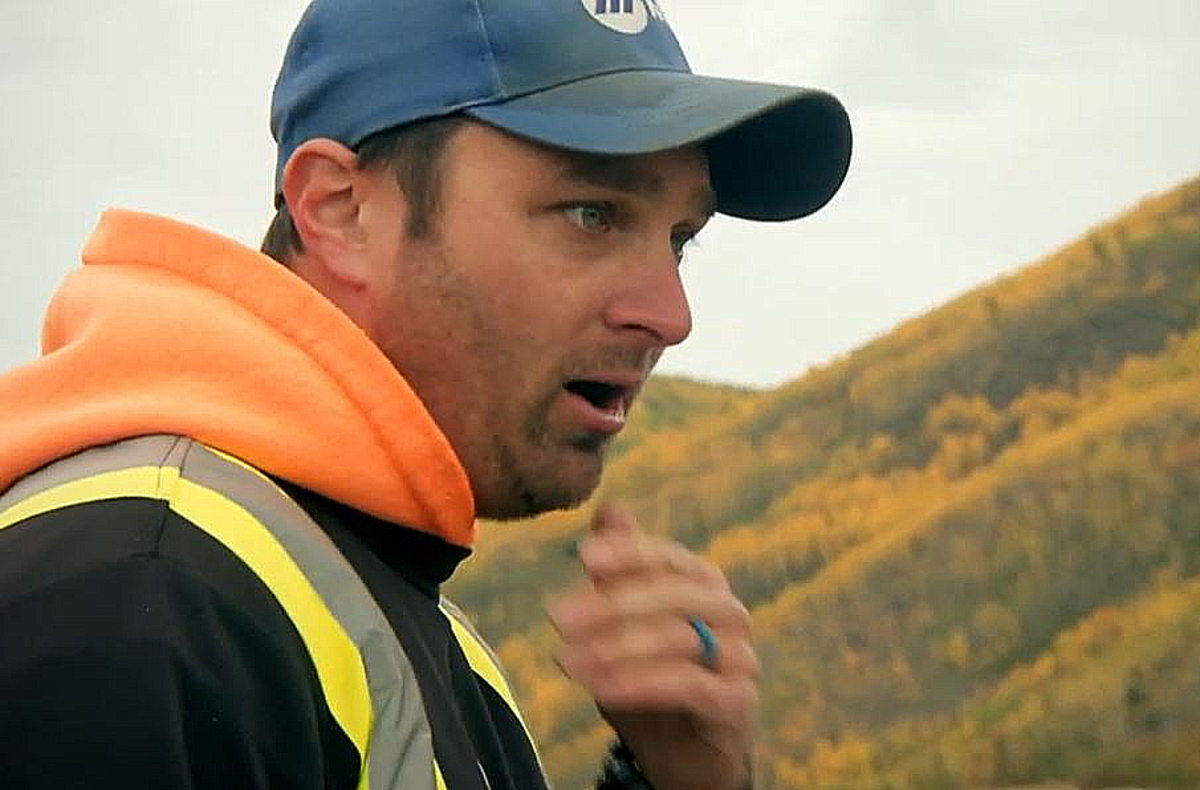 On Friday’s night’s Gold Rush, the logistics of moving dirt are underway as Parker Schnabel’s team are in the middle of a huge problem.

The berm they made holding two million gallons of water is compromised and leaking and the race is on. If they cannot stop the flow of water, the entire cut is in jeopardy.

On TV Shows Ace exclusive preview below, we see Mitch Blaschke thinking quick on his feet.

In short order, Mitch and Brennan Ruault work together to get the camera men safely out of harm’s way. They plan to get the berm stabilized by using some tailings as a buffer wall. Hopefully this will stop the water from eroding the berm.

It’s an exciting Gold Rush moment and it really shows how valuable Mitch and Brennan are to Parker Schnabel.

What happens for Team Parker Schnabel?

The clip is a rush of activity as Mitch spots the issue sitting high up in the dozer.

A worried Mitch alerts Brennan: “Buddy I just see a whole big lake back there.”  The water is breaching the berm.

The narrator notes that Sluicifer’s pond holds two million gallons of water and that the leaking berm could easily give way, flooding Parker’s only cut.  Brennan says that it is not looking too good

A man of action, Mitch kicks it in and directs Brennan to stave off the leak.

He says: “So why don’t you try and reinforce this thing. I’m gonna go grab every pump we’ve got and get them set up, you know, get some ditches in here.”

The two are on it.

Mitch has a plan to dig ditches to drain the excess water into a sump and install a pump to empty the cut.  To do this he will use a D-10 dozer to reinforce the berm with heavy coarse tailings.

Brennan says: “Look at that that’s five feet back from the bank… like if I was to go in this bank it would tip me over it could be the end of that dozer.”

Speaking to the production crew, he says: “You know what, you guys… I want your way back out of the way because if this burn blows on it’ll wipe every one of you out.”

Brennan needs to widen the berm with coarse tailings but he’ll have to drive the 63-ton D-10 dozer onto the unstable 30-foot berm.

He says: “I know as good as anyone here that if this sperm blows our season could be over…[and] between the three of us I have the most dozer experience, but it still doesn’t mean that they can’t go wrong in a second.”

Driving the D-10 dozer, he says: “As you can see, my tracks are right on the edge of this. This does not feel good underneath me at all.”

Tune in Friday to see how their plan works and if Parker needs to give them both big fat raises.