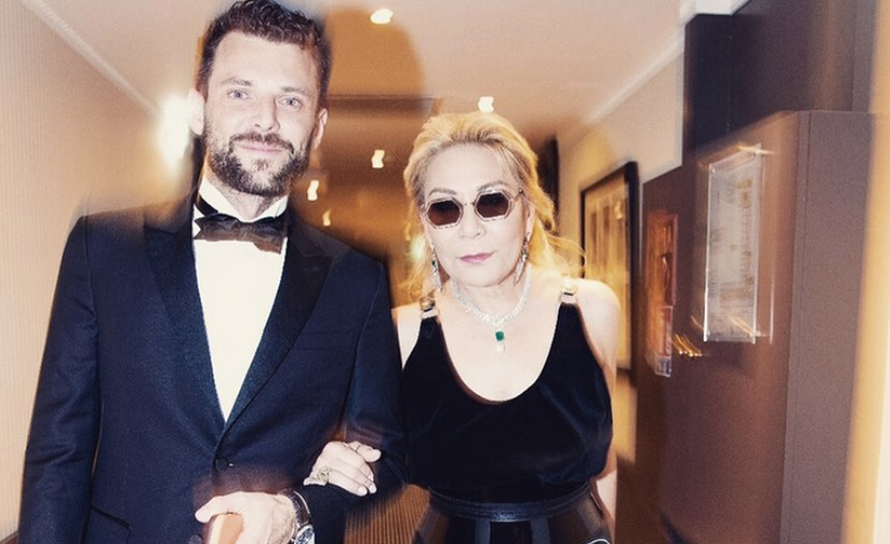 There has been a lot of rumors lately as to what is real and what isn’t on Bling Empire. However, now, one cast member has stepped up and said it’s all real.

So, who is opening up on Bling Empire? None other than Anna Shay’s best friend, Florent Bonedai. ScreenRant says he says that none of the cast members are acting when they are being filmed.

Of course, it wouldn’t be Bling Empire talk if Anna and Christine’s feud wasn’t brought up. Florent was sure to touch on that. He says that yes, there was really tension. However, it may not have been as serious as it appears to be on the show. Instead, Florent reveals that it was almost funny to be in this situation.

He says that the argument “heated in the moment, but in a funny way.”

Florent claims that Anna is “above it.”

He continues saying that really none of this is on Anna. Does that mean that it’s all Christine’s fault?

“To Anna, there is no competition,” he says, “We just play along with it

Kelly and Andrew on camera

Of course, he didn’t just talk about the Anna-Christine fight. He also talked about Kelly and Andrew Gray’s relationship. This has already been a touchy subject amongst fans because of how Andrew treats Kelly on the show. Apparently, it’s really this bad in real life too.

Florent claims  it was “a very weird tension.”

He says he tried to stay out of the Bling Empire drama. However, they didn’t really allow for that.

“I’m in the French way. So whatever happens between you, you keep it for yourself,” he explains. “And they did not. So it was kind of weird for me, so I didn’t know how to interact.”

Since the show, the pair have split up and gotten back together which has a lot of fans pretty annoyed. It seems everyone just wants Kelly to be with someone who respects her. According to Kelly though, their relationship is worth fighting for.

“There were definitely some things that were really difficult to watch. You know, but for me, I feel like…really proud how far we’ve come since filming,” Kelley Mi Li says.

Are you happy to hear that Bling Empire is real? Or, are you still suspicious? Let us know in the comments below. Come back to TV Shows Ace for more news on all of your favorite Netflix shows.