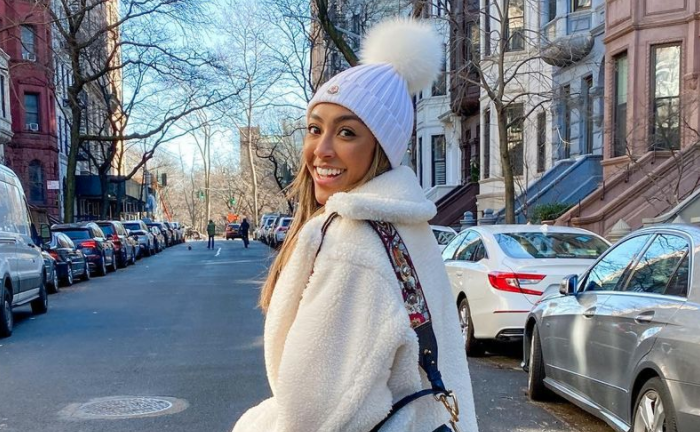 There have been lots of rumors flying around lately about what is real on The Bachelor and what is forced. Now, Tayshia Adams is talking about what her season of The Bachelorette is like.

Tayshia Adams and The Bachelorette

Tayshia came into The Bachelorette pretty late in the game. She took over halfway through for Clare Crawley when she left to get engaged to Dale Moss. However, that didn’t change her experience too much. She still ended up being one of the most beloved Bachelorettes in the show’s history. However, how much of her season was real? According to Tayshia, she thinks all of it was real.

“I will tell you, I’ve been on a couple of these things, right?” Tayshia says according to People. This is likely in reference to the fact that she was on The Bachelor and Bachelor in Paradise before becoming The Bachelorette.

“I can 100 percent say I do not feel edited like everyone says,” Tayshia starts.

She continues “I do not feel edited, or like, they didn’t ‘show’ me. I definitely feel like, no, that was me — like, ‘Yeah, I actually did get that upset,’ or ‘Yeah, I was having that much fun,” she says.

What good news for Bachelor Nation fans? Tayshia seems really confident that the emotions she had were those displayed on the screen. She even says that watching the show back she’s proud of herself. That’s how real they kept her emotions.

“I was watching back some of the episodes with a full-on smile because it was me, and I was proud of myself,” she says.

Where is all of this coming from?

All of this drama stems from Dylan Barbour slamming Bachelor Nation producers in a bunch of Tweets. He claims that Jed, from Hannah Brown’s season, is being manipulated to look bad.

Of course, Jed is known for getting engaged to Hannah Brown but also having a girlfriend at home at the same time. Definitely ruined his reputation. If that’s not really what happens, then his life was ruined for no reason. However, not everyone is convinced that that’s the case.

Additionally, it seems like Tayshia Adams is on the same page after seeing her season of The Bachelorette. At least Tayshia fans can know that what they see is really what is happening.

Do you think producers have a heavy hand in Bachelor Nation shows? Let us know in the comments below. Come back to TV Shows Ace for more news on all of your favorite reality TV stars.