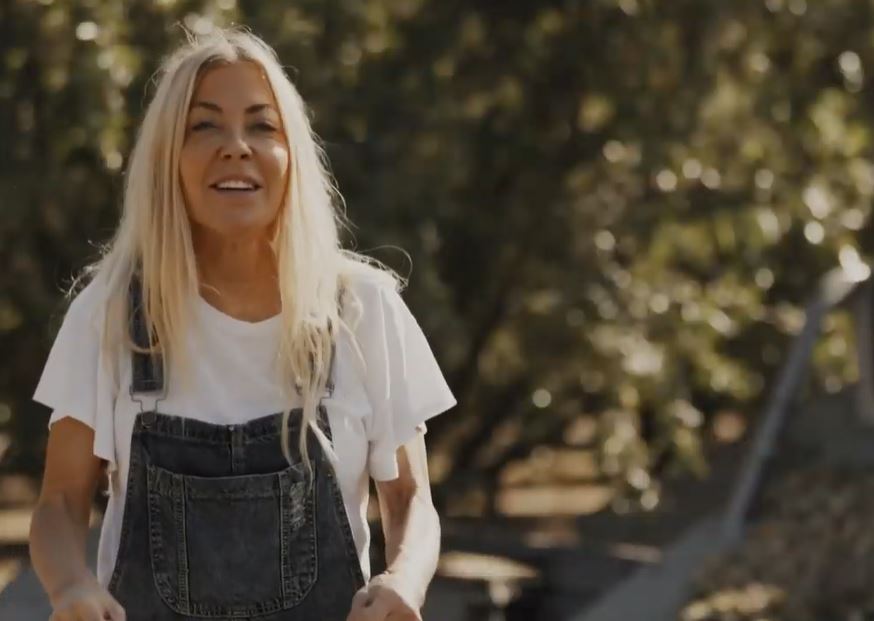 On today’s episode of discovery+ series Undercover Billionaire, things are heating up in Fresno as Elaine Culotti, aka Elaine May Rindge, is shaking the bushes— or actually the almond trees—as she will do what it takes to get some cash to pay for her daily expenses like gas and food.

And on TV Shows Ace exclusive clip below, you can see she is a quick learner and will do what it takes to earn some money.

Her almond farm boss, Jason Pistorini, seems to sense she is adept and capable of the task.

In the end, Elaine worked four hours on 300 acres and earned a little over fifty dollars.

What happens with Elaine on Undercover Billionaire

Jason gives her the lowdown n the equipment and says: “You know, I had some reservations about Elaine working the shaker you know? It’s an expensive piece of equipment…but we have 300 acres of almonds and a lot of people aren’t willing to do this kind of work.”

Elaine gets in there and does a good job, although she is unhappy with her progress.

She says: “When you’re in the machine and it’s shaking it feels like you’re like like a like a maybe like a jackhammer or something… it’s crazy and it’s 117 degrees in Fresno. Oh my God…I barely got through one row. That really sucks. I made $51 for four hours and I’m pretty sure that’s not even going to take care of the gas.”

On the series, there are three billionaires working their ruse in separate cities. Elaine is in Fresno where it is sweltering hot, and has secured a building that she plans on turning into an upscale to-go food market and deli. Grant is in Pueblo trying to sell mattresses and Monique is in Tacoma trying to build a wellness café.

Culotti and the others are putting their entrepreneurial skills on the line for Season 2 of discovery+ Undercover Billionaire.  The first season on Discovery starred Glenn Stearns, who successfully built a restaurant called Underdog BBQ in Erie, Pennsylvania.

Fans already know Elaine is a successful real estate developer, interior designer and organic farmer too. She headed to Fresno, California, under an alias, Elaine May Rindge, to build a million-dollar company from the ground up in 90 days.

Like Grant Cardone in Pueblo, Colorado and Monique Idlett-Mosley in Tacoma, Washington, these three must and accomplish this feat with only $100, a car, phone and the raw talent and business acumen that made them all what they are in the real world.

Tune in to see how Elaine fares, and if her plans for the restaurant deli remodel are going well: