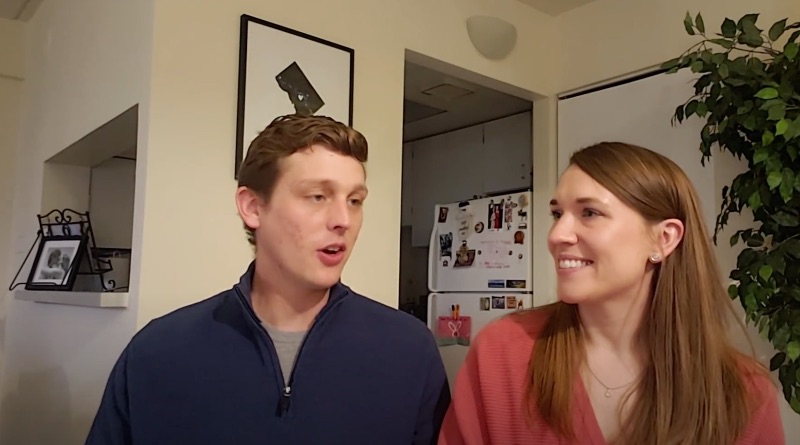 Married at First Sight: Couples’ Cam pair Austin Hurd and Jessica Studer have a huge decision to make in upcoming episodes. Will it completely change the course of their future together?

Married at First Sight pair Jessica Studer and Austin Hurd had chemistry right out of the gate on Season 10 of the Lifetime show in Washington, DC. Of the five couples that the network featured on this season, they’re the only couple still going strong in their marriage.

The Married at First Sight husband and wife are awkward and quirky in their own way. And they complement each other in terms of being able to make things work for the long haul. Much like recent MAFS couple Bennett Kirschner and Amelia Fatsi, Austin and Jessica have a lot of similarities.

The all-new season of Married at First Sight: Couples’ Cam premieres on Lifetime on February 4. And teasers show Jessica and Austin have a big decision to make. And it could potentially affect their marriage moving forward, too. Turns out, Austin Hurd contemplates joining the National Guard.

According to Screen Rant, Austin Hurd says in Married at First Sight spoiler clips that he is “on the fence” about enlisting. In addition to the danger it brings, he would have to be away on weekends for training – which means less time with his wife. It’s still a young marriage for the Lifetime pair. And time away could throw a wrench into what they’ve built so far.

Luckily for Austin Hurd, if he does decide to go through with it, he has his wife’s support. Jessica Studer worries that her husband joining the National Guard puts him on the “frontlines”. But either way, she is supportive of her husband and whatever decision he makes. As a nurse, Jessica is used to being on the frontlines, with things like COVID-19 in full swing. So they both understand the risks.

One thing that this Married at First Sight pair have going for them is they’ve always been good at working through disagreements as a couple. They are both very laid-back and not quick to anger. And that’s something that helps them navigate their relationship issues without things getting volatile.

Meanwhile, one of the reasons Jessica Studer wants her husband not to enlist is so they can continue house-hunting together. The pair look for their first home following a year of marriage. And that’s something Jessica wants her husband to be there for – in addition to helping train their dog. Ultimately, viewers have to tune in to see what happens when the new season of Couples’ Cam airs.

How Many Episodes Are In ‘When Calls The Heart’ Season 9?
Paris Hilton Joining ‘RHOBH’ Would Be ‘Hunky Dory’ With Fans, But Will She? Kathy Spills All
First Auction of ‘Mythbusters’ Memorabilia To Benefit Grant Imahara STEAM Foundation
Danielle Busby SCRAMBLES, Overwhelmed With Last-Minute Packing
Isabel Roloff Gets Real With Fans, Opens Up About Forgiveness