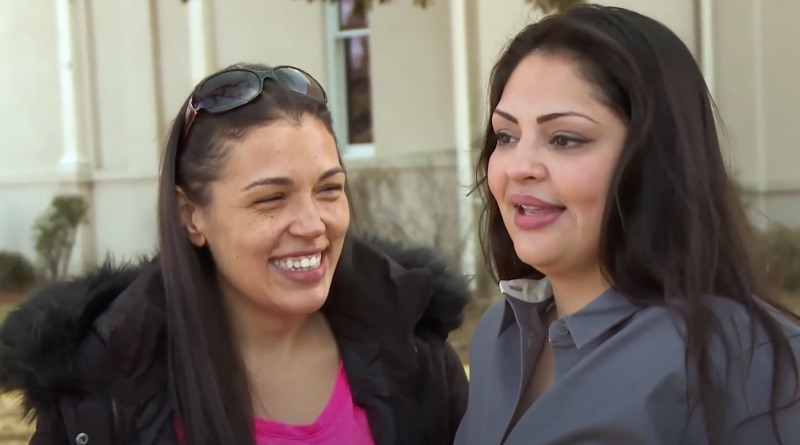 Life After Lockup pair Amber Eggers and Puppy have their storyline play out in current WEtv episodes. Fans wonder if they still together?

Amber Eggers and Puppy go way back on Life After Lockup. They were in prison together. And after everything they went through behind bars, the bond they have is for life. Still, now that Puppy is on the outside in current episodes, she wants more than that from Amber.

Puppy said in Life After Lockup episodes that the love she has for Amber Eggers is the real deal. But for the most part, she feels Amber doesn’t reciprocate. Puppy questions whether Amber was only “gay for the stay” while behind bars. And she worries that she will end up heartbroken as the season progresses.

On Amber Eggers’ first season of Love After Lockup, she had Vincent Gonzalez on the hook. She let him pick up the tab for a lot of things while she got on her feet fresh out of prison. But even when they did things like sharing their first kiss, she said it was “awkward”.

Later, it was revealed that the convicts cooked up a scheme to take advantage of Vince and play him for financial benefits. But based on the latest Life After Lockup episodes, it looks like Puppy may be the one getting played this time around – especially since Amber seems to have another guy on the hook.

Complicating matters even more, Amber and Puppy were intimate on Life After Lockup following a drunken night of partying. And even though Puppy wants to be with her, Amber still hasn’t told her about the ex she talks to. So that sets the stage for a lot of drama as the rest of the spinoff season continues.

Life After Lockup spoilers tease a lot of drama ahead in coming episodes. At one point in teasers, Puppy is facedown in the pool – and it looks like she is unconscious. Still, Amber shared a photo recently that seems to suggest the pair are still on good terms despite Amber being dodgy in current episodes.

Amber recently shared a happy photo with Puppy on Instagram. And both women have big smiles on their faces. The Life After Lockup cast member didn’t give any spoilers away relating to their current relationship status. But even so, it’s clear they are still very comfortable with one another – and still in each other’s lives.

It’s possible they keep those details close to the chest until after the current season wraps. In the meantime, they certainly look happy together in recent photos.

Will There Be ‘When Calls The Heart’ 2021 Christmas Movie?
‘The Wine Show’ Preview With Matthew Rhys, James Purefoy, And Dominic West On Sundance Now
Kanye West’s Rumored Girlfriend Sets IG On FIRE With Nude Snaps
‘When Calls The Heart’s’ Paul Greene To Become A Father Again
Double Lock Your Doors & Watch Lifetime’s ‘Next Door Nightmare’