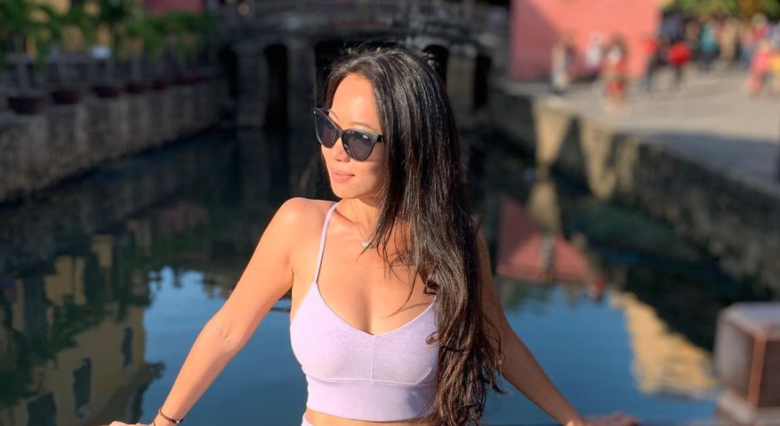 Bling Empire is new to Netflix and fans are already deciding who their favorite characters are. One thing is for sure, it seems no one likes Andrew. However, he claims he is a victim of bad editing.

Andrew is dating Kelly Mi Li on Bling Empire and fans are not hyped about it.  The Bling Empire star has been called a slew of things on the internet. And, it looks like he doesn’t treat Kelly very well.

However, Andrew says that the show really doesn’t capture their relationship at all E! says.

“To set the record straight, what was captured in the show doesn’t reflect our relationship at all,” Andrew says. “I don’t believe the audience—and this is my opinion, Kelly’s gonna say her piece—really saw anything other than the absolute worst part of a time, a short time, that was put on camera.”

It seems that Kelly agrees with the bad editing. However, she also says that they have come very far since the filming of the show.

“There were definitely some things that were really difficult to watch. You know, but for me, I feel like…really proud how far we’ve come since filming.”

The couple decides it would be best to take a break in the last year. They are back together now though and they seem to think that the split brought them closer together.

Kelly says they “grew from the show and became better versions of ourselves.”

Hopefully, if the two really are meant to be together, they get out of the toxic habits that can be seen in the first season of Bling Empire.

Other villains on the show

Christine Chiu is another “villain” character on the show.

However, Christine also claims she isn’t the woman everyone sees on the show.

“I am saddened though to see and notice that I do have a tough, overly and unnecessarily glossy exterior oftentimes,” she reveals about her normal life. “I think it’s due to the pressures from a very young age to be perfect—thinking you need to be perfect to earn love, to never let them see you crack, the pressure to not disappoint, the feeling of never being good enough—that I have been overcompensating with this rougher façade.”

What are the odds everyone on this show would just get a bad edit? Let us know what you think about the show in the comments below. Come back to TV Shows Ace for more news on all of your favorite reality TV stars.