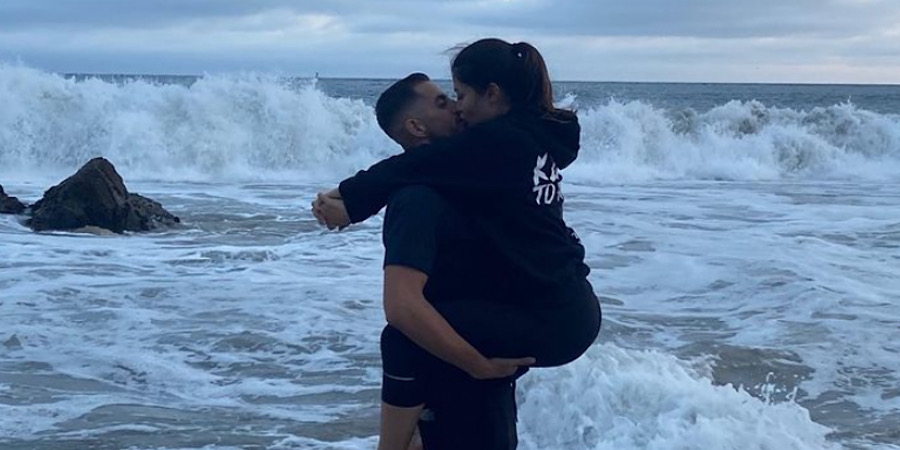 Former 90 Day Fiance star, Jorge Nava has turned his life around in the best possible way. After a failed marriage and a prison stint, he shocked viewers with a dramatic weight loss. Then, in November, Nava shared he was not only in love but the duo were expecting. Now, he is giving a sneak peek into their maternity shoot and it is adorable.

Jorge Nava was first introduced to the world during Season 4 of the hit reality show. He met soon-to-be wife, Anfisa on Facebook. She was from Russia while Nava resided in California. He should have known Anfisa was trouble after she lost her marbles when she was not gifted the bag of her dreams. To be fair, it did cost 10K. It was clear she just wanted Jorge for a Green Card and not for love but he continued to turn a blind eye. The two wed regardless of their constant ups and downs. He really tried to make it work and to make her happy but she was far too stubborn when she did not get what she wanted.

It came to an official end when Jorge was arrested for marijuana possession in 2018. He went onto serve two and a half years behind bars and Anfisa said it was officially over. Nava claimed his wife had been cheating all along and resented his prison transformation. He left one hundred pounds lighter and a new man. Jorge was ready to take on the free world. He needed to make money the legal way so he is on Cameo and has his own clothing line through Kilos to Paris. Now, he is relishing in his new happiness as a soon-to-be-dad.

Though all fans and followers have seen is baby Nava’s sonogram, Jorge has finally decided to open up a little more on social media. In November, he revealed he was going to be a dad for the first time. He had only been a free man for six months but the timing seemed to be perfect. Jorge and his girlfriend/baby mama have been social media official since June of last year. That was just one month after he was released from prison. Not much is known about her or how they met. But after having his life on television, it would make sense they would opt to stay private.

No word on how far along his girlfriend is or if they would do a spin-off on discovery+. It appears every 90 Day Fiance cast member is doing one. But, they look very much in love and he looks like he is beyond ready for his new job as father. We cannot wait to see more photos of the happy couple and ultimately, baby Nava. Let us know if you’re excited for baby Nava’s arrival!