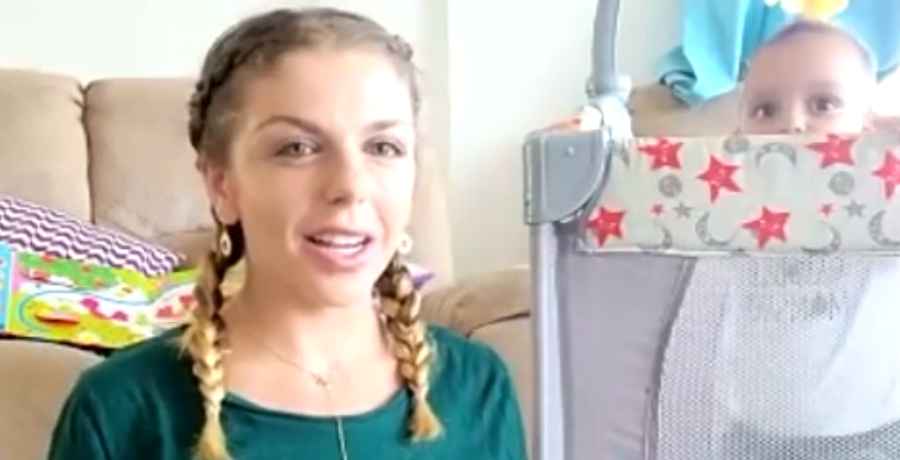 90 Day Fiance fans are concerned that Ariela Weinberg’s latest Instagram post could be a scam. She is offering to give away money or an iPhone 12 to a lucky “winner” who follow a series of accounts. Is her offer good, or is she indeed hosting a scam?

Ariela Weinberg and Biniyam Shibre haven’t had it particularly easy in their relationship. They met when Ariela was on vacation in Ethiopia. Ariela soon found out that she was pregnant. She decided to move to the African country to start her family with Biniyam.

There were cultural issues along the way, including Jewish Ariela not wishing to baptize baby Aviel into the Orthodox Christian religion. There were hiccups over Aviel being circumcised, even though it is also a tradition in the Jewish faith. Money was an issue, as Biniyam only earned $500 a month from multiple jobs.

Many 90 Day Fiance stars are making extra cash with their Cameos and OnlyFans accounts. At first, Ariela was offering Cameos. However, now she is taking a different route.

Living the good life in Kenya

The TLC star has recently moved to Kenya with her fiancé Biniyam and little Aviel. As can be seen from both their Instagram posts, they seem to be living the good life. Ariela is looking fit and slim these days, but there have been rumors of her getting plastic surgery. While the pair are fan favorites, their followers are getting a little disappointed these days. Now fans are slamming Ariela for giving away free money in what looks like a scam contest.

It must be noted, that it is worth watching Ariela’s video for Aviel alone. He stands in his playpen throughout the footage, giggling very cutely! Weinberg starts the video wishing her 90 Day Fiance fans a “Happy New Year.” She went on to thank her followers for their support, saying she wants to pay it back.

Ariela announces a contest, where one lucky winner can win $1,000 cash or an iPhone 12. She says, “It’s super easy to enter,” telling them they have just six days to enter. What they must do is follow certain accounts. At the end of the clip, Ariela does add that “it’s 100% real otherwise I would not be involved.”

The comments to the Instagram post make it clear that some fans aren’t happy about the contest. One wrote, “Hell no that’s so many accounts.” Another wrote, OMG this sounds like a scam.” Yet another fan wrote, “The only way to get attention is for her to offer money? SHM.” Among the comments, other followers warn, writing, “Don’t do it people. The fake a** giveaways always pick a bot account.”

This isn’t the first time a 90 Day Fiance star has tried something like this. Nicole Nafziger is well known for her clickbait links. Also, in October last year, Deavan Clegg was blasted by fans for giving away $3,000 on her Instagram.