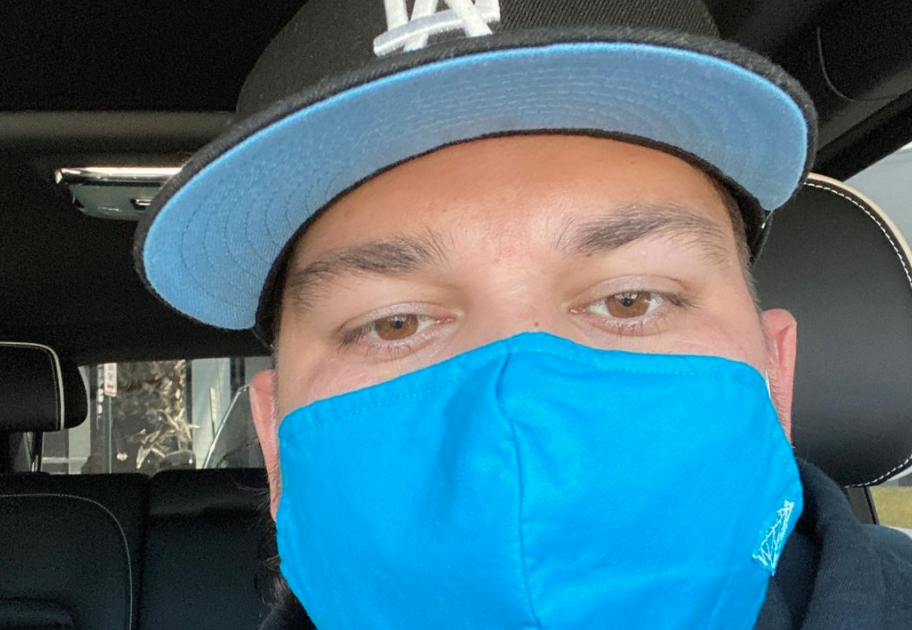 Rob Kardashian usually stays off of social media when it comes to posting selfies. However, for his niece Stormi, he has made an exception.

Rob’s new Instagram post comes in with the celebration of Stormi Webster’s third birthday. Stormi is the daughter of Travis Scott and of course, Kylie Jenner. The little diva is three now and her uncle Rob is celebrating.

Rob posted a photo on his Insta yesterday of Stormi laying on top of Rob. Honestly, they look so cute and happy together. It’s clear Rob has a lot of love for Kylie’s daughter.

In the comments, everyone went crazy. First, they were celebrating Stormi.

Fans were quick to point out one odd thing about the photo though. There is a smiley emoji nearly over Rob’s face. It seems he is trying to hide something. One fan asks if he is hiding a double chin.

Of course, everyone tries to make themselves look better on social media. However, it’s such a cute photo of Stormi and Rob Kardahsian. It’s unlikely anyone even would have noticed his weight. If anything, the emoji adds more attention to the area of his face.

Will Rob Kardashian be back on the show?

Of course, with Keeping up with the Kardashians coming to an end, fans are wondering if Rob Kardashian will make an appearance for the final season.

It seems the Kardashian brother may make a small appearance on the season. Rob has struggled with weight gain, depression, and relationship mishaps that have kept him off the show for years. It’s really no surprise that he wouldn’t come back full time for the finale.

It seems Rob Kardashian really likes his privacy, and honestly, good for him. At least fans will get a final wrap up with the rest of the Kardashian family.

What do you think of Rob’s new Instagram post? Let us know in the comments below. Come back to TV Shows Ace for more news on all of your favorite Keeping up with the Kardashians stars.