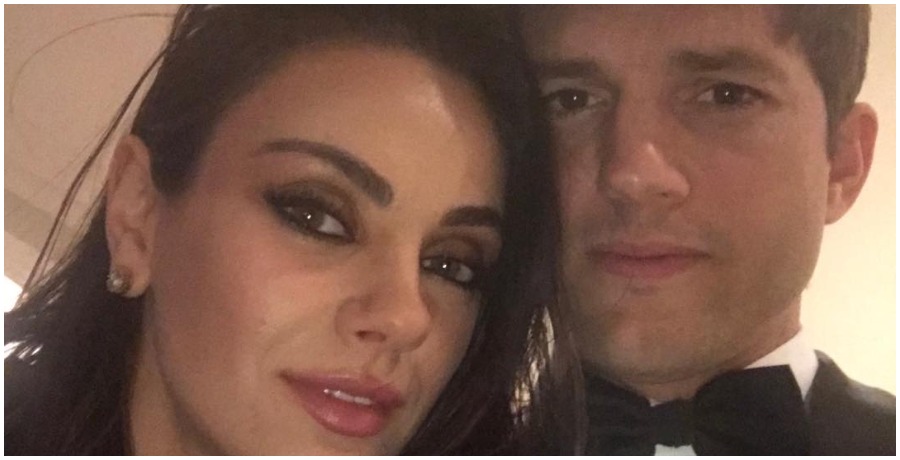 Mila Kunis is just as obsessed with Bridgerton as the rest of us. The actress recently appeared on The Today Show alongside her husband, Ashton Kutcher. During the interview, Mila admitted that she’s been sinking her teeth into the racy Netflix series and that Ashton had an interesting reaction to the show.

According to E! Online, Mila told Hoda Kotb and Jenna Bush Hager that as a mother of two she’s often in bed and asleep very early. However, on one particular night, she stayed awake late to watch Bridgerton in peace.

“Okay, I fall asleep by 9:30, I am out. It doesn’t matter what is on, I’m asleep. Last night I happened to—I clearly stayed up til midnight. I was like, ‘What’s happening on this show?'” Mila says.

She says that Ashton was asleep next to her. However, he woke up during a pivotal scene and became very confused by his wife’s viewing activity.

However, Ashton was there to defend his comments. The Ranch star told the women that the show was so steamy that he couldn’t help but wonder if Mila was watching an adult film during his sleepy state.

Hoda and Jenna also participated in the fun. The women told Mila that things would only get racier on the series, warning her about the steamy scenes to come. “Wait until episode eight. It gets good. It gets better!” they said.

This author can certainly confirm. https://t.co/9HIyAMyWE8

The show is wildly popular among Netflix viewers

Of course, fans know this to be true. Bridgerton has taken Netflix by storm, and given viewers something to binge watch and talk about as they continue to stay at home during the Covid-19 pandemic.

As previously reported by TV Shows Ace, Bridgerton has officially been renewed for Season 2 at the streaming service. Fans can expect to see more sultry scenes as the storyline will follow a new leading man.

During Season 1, Daphne Bridgerton was the main focus of the plot. Her relationship with Simon, aka the Duke of Hastings, piqued fans’ interests right off the bat. However, the sophomore season of the series will revolve around Daphne’s handsome older brother, Anthony.

Anthony will look for his own love story as he vows to take a wife and settle down. However, things won’t go as planned for the Viscount.