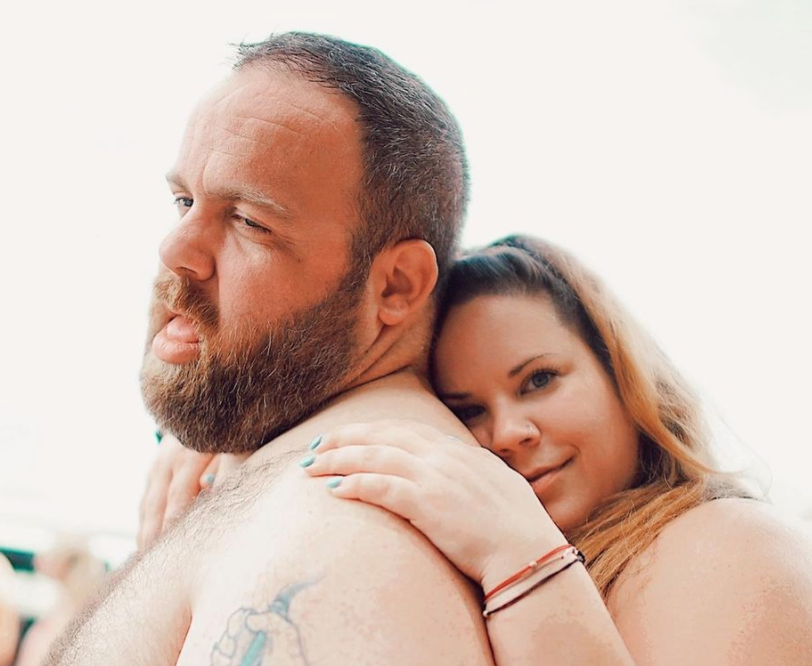 A new episode of My Big Fat Fabulous Life airs Tuesday, February 2 on TLC. A sneak peek from the episode reveals that both Whitney Way Thore and her bestie Buddy Bell get raw and honest during the episode. They talk about their own experiences with depression.

In the preview for the new episode, Whitney and Buddy head on a trip. During this trip, they go hiking, enjoy nature, and get to relax in the pool where they’re staying. A clip from TLC reveals the pair meeting up with their friends to go on the hike. Whitney explains the difficulties she faces as they navigate the trail.

TLC also shared another sneak peek of the new episode. While Buddy and Whitney are relaxing in the pool, he reveals that he’s been feeling depressed. He talks about how it “shows up for no reason at all.” He goes on to say that it happens even when he has “no reason to be bummed out.”

Whitney feels that it’s important to support her friend emotionally – no matter what. She says she doesn’t like that he’s feeling this way, but she has been there herself and wants to be there for him too. They remind each other that they’re always there to support each other. They get very emotional during this chat. Ultimately, she’s proud that he’s willing to open up to her.

A late night pool talk with Buddy and Whitney. Catch what happens in an all new #MyBigFatFabLife tonight at 9/8c. 🙌🏻 pic.twitter.com/AyHpzGt2UN

On Instagram and Twitter, fans are reacting to TLC’s previews of the new episode. Overall, fans seem to be excited about the upcoming episode. They are sharing their thoughts as they prepare to watch it. Many of them are saying that they are glad that Whitney and Buddy have each other for support. The two best friends have been through a lot together, and they’re always there for each other.

One fan writes, “Buddy is a true friend,. Even when Whitney wasn’t being very good to him. He’s still the first one to be by her side.” Other fans voice similar opinions about the friends’ relationship.

Some fans are a bit concerned about the two not wearing masks on their little getaway. They think that the friends should be setting a good example, especially with so many people watching the show. Others argue that everyone had to be tested for Covid-19 prior to the trip.

So, will you be tuning in to watch My Big Fat Fabulous Life on Tuesday? What do you think of the preview? Share your thoughts in the comments below.