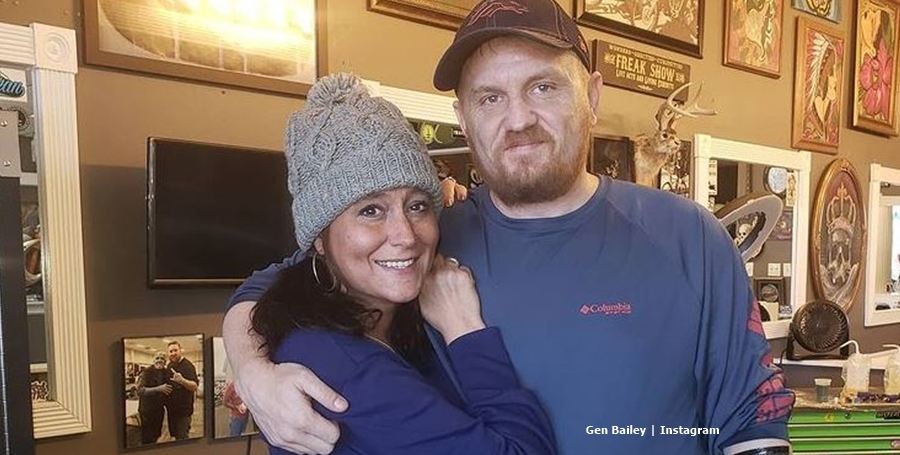 Love After Lockup star Clint Brady went to jail but Gen Bailey seems determined to stick by him. He serves 45 days. In the last year, he ran into trouble with the law. So, it’s not clear exactly which offense landed him inside. But it could relate to a car incident from February last year. Well, whatever he did wrong, his new girlfriend Gen Bailey won’t let him down and kick him out the door in his absence.

We reported that Gen talked about his arrest and court case. Clint landed up “arrested with a 50k bond.” And, “she added that police pulled him over a few weeks ago as well. He already “had a warrant out on him for something previously.” He also violated his probation. And she felt all of those things could lead to a bad look during his case. Well, it did, and now he serves time.

Many Love After Lockup fans hoped that once he and Tracie Wagaman split, Clint might stay on the straight and narrow. But clearly, he still struggles with drug addiction issues. Fans saw in the past that his parents always worry about his addictions. In fact, his mom blamed Tracie for much of it. And fans thought Gen might help him cope. But it looks like despite her efforts she failed. But she’s not giving up on him.

Clint’s in jail and Gen says he’s not perfect

In the wee hours of February 2, Gen Bailey took to her Instagram and shared a sweet message to WEtv star Clint. Her card read, “I miss you…I didn’t know what else there s to say.” And in the caption, she wrote, “I dont care if he’s not perfect but he’s my not perfect, (sic).” Then she added, “I miss you nug and I will count down all 45 days. I love you.” Fans think that’s very sweet. After all, not everyone would put up with their man sitting behind bars.

One Love After Lockup fan commented, “Awwww, that’s so sweet. Hopefully, he gets out early. We’re here for you!!! Love ya Gen ♥️. Always remember we’re Wolf 🐺 pack strong…” So, it certainly seems that her fans stand by her as she works her way through the next weeks. Another fan said they messaged Gen because her brother’s in the same place. Maybe Clint makes a new friend. Preferably, one without drug addictions.

Coping with a partner in jail

It’s not easy coping with a partner away in jail. blog.sfgate.com notes that people like Gen Bailey probably go through”an emotional time.” In fact, emotionally, people pay a toll while “having an incarcerated loved one.” So, they need to pay attention to their mental health. Things like cigarettes, alcohol, and fast food can add to stress levels too. So, while Clint’s away, Gen might think about that.

Take plenty of outdoor exercises, the site recommends. And some people cope by volunteering to help others. Hopefully, after serving his time in jail, Love After Lockup star Clint makes a bigger effort to stay on the right side of the law.

Todd Chrisley ‘Not Afraid Of Lawsuits’ Amid Being Sued For Slander
ANOTHER Roloff Baby Is Coming! Who Is Pregnant Now?!
Todd Chrisley Admits His Wife Julie Has Way More Class Than He Does
‘Bachelorette’ Fans Debate Blake’s NSFW Painting: Black Canvas Or ABC Censor?
Audrey Roloff Reveals Why She Kept Her Pregnancy A Secret