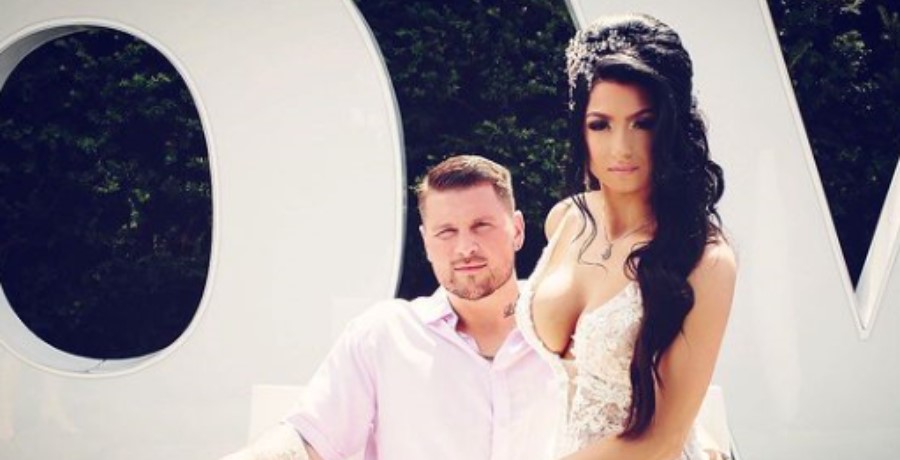 In a new preview for Unpolished, Bria Martone and Matt Mancuso have entered pre-conception counseling. The two want to start a family as soon as they get married in September on the episode. They sit down with the doctor and Matt says, “we’re definitely ready for the next chapter.”

Matt has twin boys from a different relationship and Bria is a doting mother to them. When they sit down with the doctor, they want the fastest way to get pregnant. They both say they want a “honeymoon baby.” The doctor starts explaining when they need to be intimate in order to have the best chance to get pregnant. She says not to have relations with anyone else. Bria says, “that would be a whole different conversation.”

Bria Martone Has To Explain A Bit To Matt

After the doctor explained the days they needed to try, Bria Martone still had to explain some things to Matt. Something about her period dates confused him. In an interview with the cameras, he says, “I guess there is science behind this.” Bria tells the doctor he did some research because he wants a girl. He asked the doctor if the position made a difference in getting a boy or a girl. The doctor didn’t think so. He had a hard time explaining to her the positions he meant.

In an interview with the doctor, once they’d left, she said Matt didn’t understand pre-conception counseling very well. The doctor said, “compared to other dads, he understood it less well.” Fans jumped on this comment by the doctor because Matt already has two kids and they were surprised he didn’t know these things.

Fans Had A Lot To Say About The Clip

Bria Martone is pleased with Matt who says he wants to be the best husband and father. One fan thought a different doctor would help. She said, “I dunno about that OB…she seemed kind of judgmental & irritated by the situation. Pick a new OB.” Some fans responded that they would be irritated too if they had to repeat themselves a hundred times. Some fans thought they might wait a bit before having a baby, but Bria is clearly ready. One helpful follower suggested they get a puppy instead.

In a separate clip, Matt and Bria are discussing cutting the guest list. He tells her people’s girlfriends and boyfriends shouldn’t be coming. Bria responds, “I wouldn’t go anywhere without you.” This stems from the episode before when the venue told them they could only have fifty people at the wedding.

What do you think about Matt and Bria’s honeymoon baby? Are you excited for the episode? Comment with your thoughts below.