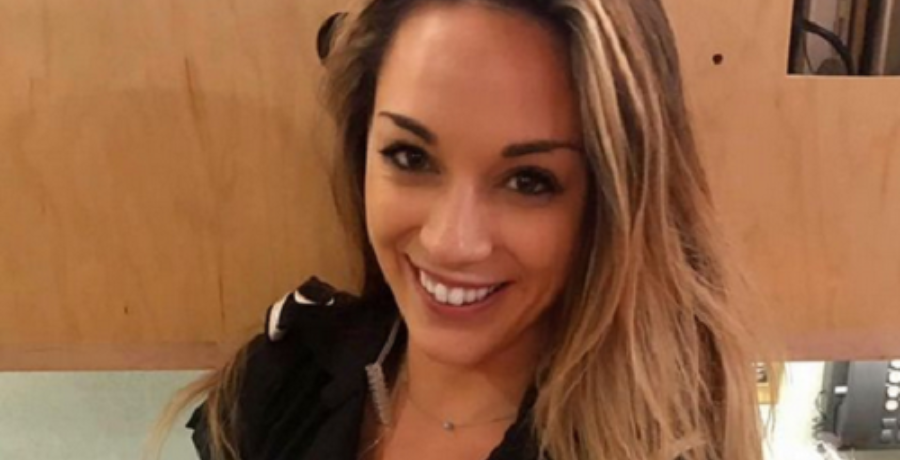 On Monday night’s episode of Below Deck, Elizabeth Frankini’s 30th birthday didn’t turn out as expected. She wanted her boat boyfriend, James Hough, to do something sweet for her. This came after a massive argument with chief stew Francesca Rubi overstaying in the guest cabin without permission. On top of that, James wasn’t showing her the love and appreciation she was desperately seeking.

During the show, Elizabeth called it the “worst birthday ever.” Instead of a romantic bouquet of followers, she ended up with a cake from her crew members. James didn’t even give her a “happy birthday.” He didn’t even acknowledge her on her special day.

But there were a group of people who helped celebrate Elizabeth’s birthday.

The Below Deck stew revealed one of the moments she shared with The Queen of Versailles Jackie Siegel. On Monday, February 1, Elizabeth took to Instagram to share how Jackie and the other charter guests made her birthday somewhat better. She shared a smiling photo of herself with the main charter guest. Both ladies wore tiaras and a smile on their faces.

“It was truly an honor to meet @therealqueenofversailles herself – Jackie Siegel – as well as her dear husband, family, and friends on this upcoming charter of #BelowDeck,” Elizabeth captioned the post. “They were all such sweet, warm and genuine souls.”

Jackie gave Elizabeth a birthday card. From there, the group sang “happy birthday” to her. Elizabeth explained that she was “under a lot of seen (or unseen) pressure that day.” And that little act of kindness made her day even sweeter.

“In such a cutthroat industry, the elements of humanity and appreciation can really go a long way in someone’s life,” Elizabeth continued. “You never know what one is struggling with…”

The stew also recalled a time reading a part of Victoria’s Voice, a book that Jackie and her husband, David Siegel, published after the passing of their daughter. The parents opened up about their devastating loss to Captain Lee Rosbach during the latest episode. Elizabeth recalled a sweet moment she shared with Jackie as well.

“@therealqueenofversailles & I also shared a brief but touching moment on the sundeck one morning as we viewed a rainbow over the island,” she wrote. “We spoke of God, butterflies, and the loving memory of her beautiful daughter.”

Will the Below Deck stew lose her job?

Below Deck Season 8 has been rough for almost every crew member. Elizabeth can’t seem to escape the wrath of Francesca. Now that she can’t resist James, it could cost her. Elizabeth’s boatmance with James has caused issues on the yacht.

Viewers noticed the two sneaking off to their bunks and even sharing a cabin. However, that goes against the code of conduct. On top of that, her performance was slipping weeks prior. Some have a feeling that Elizabeth will get the boot.

In an interview with The Daily Dish, Francesca said she was “so happy I wasn’t fired.” But the next episode could spell trouble for her.