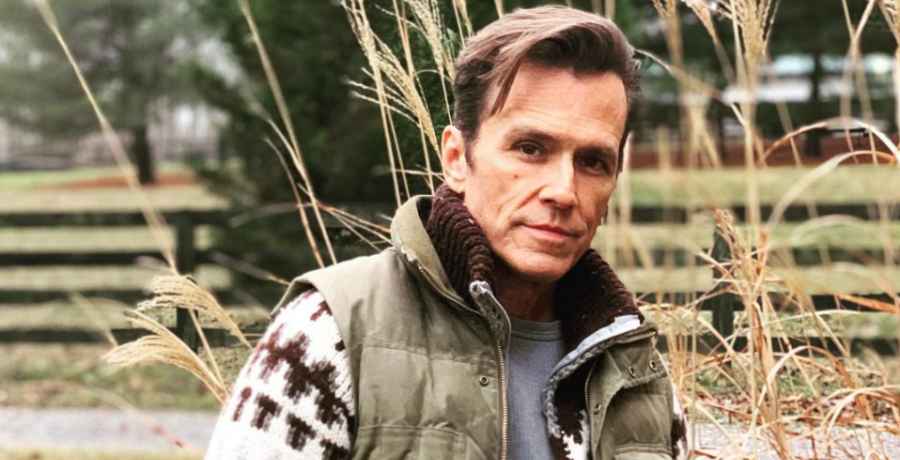 Soap fans will remember veteran soap actor Scott Reeves for his role as Ryan on The Young and the Restless. They will also recall him as Steven Lars on General Hospital and Jake Hogansen on Days of Our Lives. Reeves has recently revealed some very sad family news after losing his beloved father.

Scott Reeves shared a post on his Instagram account to let his followers know that his beloved father, Joe Reeves, has passed away. Joe died on Thursday, January 28, and his grieving son wrote a touching tribute to him. Scott also posted a series of photos from his father’s life.

In his post, Reeves wrote that this was his first time experiencing goodbye – or goodbye for now – to someone from his immediate family. He now appreciates the pain that friends have already experienced through such loss and says his prayers are with them.

“Dad was a fighter in every sense of the word,” Reeves wrote. His father had “meager beginnings” in Delight, AR, where he fought his way to Golden Glove status in Little Rock. He also headed to the bright lights of Hollywood, CA, where he became one of the most respected and well-liked police officers in Beverley Hills.

Reeves thanks his father for introducing him to Jesus

Steve went on to thank his father for introducing him to Jesus. He said he knew no strangers and always saw the best in people. Moreover, Reeves said his father was the “underdog’s” hero and had a heart bigger than California.

Steve wrote that his father loved his wife [Melissa Reeves, Jennifer, Days of Our Lives] like a daughter and his children [Emily and Larry] like they were his own. Steve noted that he is so grateful to the Lord that his father got to meet his two great-grandsons [Woods and Lawrence].

Reeves concluded his tribute to his father, telling him his legacy lives on. He wrote that Joe had always been his biggest fan and pushed him to be the best he could be.

Fans pay tribute to his father

Fans of Reeves, who attended fan gatherings in the 1990s while Steve was playing Ryan on Y&R recalled meeting his father. Apparently, Joe, in his role with the police, provided security at the events. One Y&R fan, Kathie Gunn recalls Joe as being “so very kind and friendly.” She wrote that she hopes every memory brings Steve comfort and that he and his family are in her prayers.

Some of Reeves’ former co-stars also paid tribute to his father. Don Diamont (Bill, The Bold and the Beautiful) wrote that it was a beautiful tribute to his wonderful dad. He wrote, “So sorry for your loss Scott! You were blessed to have an obviously loving father for as long as you did. What a shining example of fatherhood! Sending you every good wish during this challenging time. Joe raised a great son! RIP.”

TV Shows Ace sends its sincere condolences to Reeves and his family.