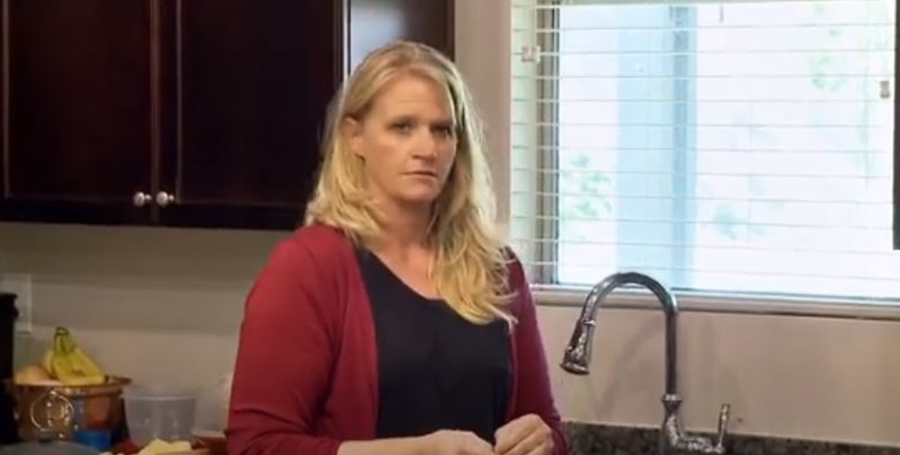 Sister Wives‘ star Christine Brown does her own hair for the set. She already told her fans about how they also do their own makeup. TLC doesn’t splash out for that. Probably because they want fans to see the reality of their tv show. Unlike Unpolished, there’s no Lexie, Bria, or Foxy Grandma to help out. So, the stars attend to their own appearance for the show.

To this day, whenever any of the Sister Wives’ castmembers post anything at all, fans ask if they feature in a new season. Well, TLC announced that the show premieres a new season on Sunday, February 14 at 10 pm ET. Recently, we reported that Christine stripped her face bare of makeup and filmed herself painstakingly applying her make-up. Actually, some critics seemed rather uncomplimentary. But others thought she managed quite a good job.

Next, on January 31, she shared a video that revealed her doing her own hair for the set. Actually, that brings along some questions. Who does Kody’s hair? Certainly, he sometimes looks like a hairball gone wrong, fans think. Well, she didn’t mention him in her video clip. Instead, Christine Brown took fans through her own process from start to finish. All of it was sped up. But fans saw the Sister Wives‘ star brushing, curling, and clipping up her long blonde hair.

Fans ask for a tutorial

In the comments section,  a lot of people told Christine that they love her beautiful long hair. And many of them commented on how all her kids seem blessed with nice hair. Meanwhile, others noticed that long hair looks like a hard mission to prepare. In fact, one fan noted that it looks like “too much hard work.” Maybe that’s why Janelle Brown tends to keep her hair much shorter.

In the comments, fewer criticisms went the way of Christine Brown than on her makeup tutorial. One fan wrote, “So beautiful! Noticed the “mouth” clipping! 😂 I do that all the time 😂.”

Then, another fan commented, “You have beautiful hair! Good job 👏 😊💕.”

One impressed fan said that she and all her “daughters have beautiful hair.”

Meanwhile, other fans asked Sister Wives‘ star Christine Brown for tutorials. One of them said, “You need to do a tutorial! I can’t get my curls to look that amazing!”

Another TLC fan commented, “Omg you do your own hair for the set? I absolutely love your hair! Can you do a tutorial?” Well, she never replied. And anyway, with all that makeup and hair she attends to, probably, she won’t have the time right now.

Bear in mind that Christine might be on the set for hours. The List tells fans that “even on a show that seems pretty straightforward, a single episode can take hours upon hours to film.”