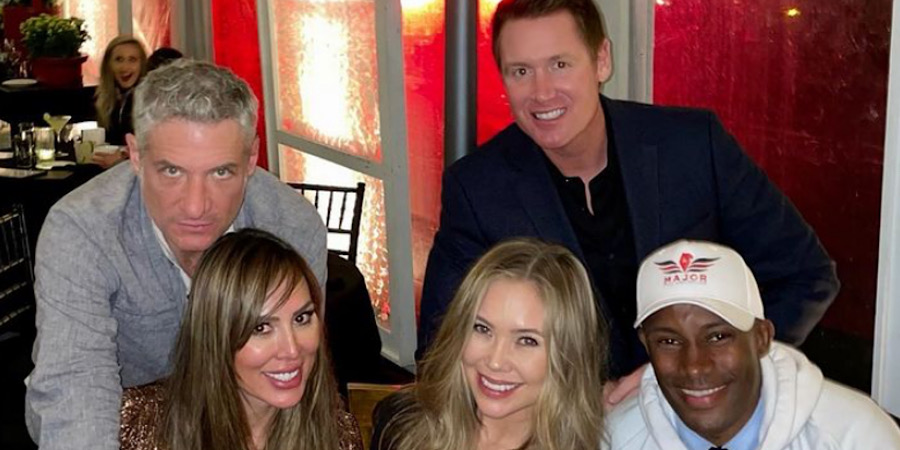 Kelly Dodd just lost her Positive Beverage endorsement deal yesterday for her “controversial views and opinions.” But, the RHOC star has wasted no time bashing them via her Instagram stories. After a backhanded goodbye from Dodd, she shared a negative comment about the beverage company from a fan. Should she have taken the high road in this situation or is this just Kelly being Kelly?

Losing Positive Beverage For Being Insensitive

Kelly is known for being tone deaf when it comes to social issues. She wore a ‘Drunk Lives Matter’ hat at her bridal shower in the middle of the BLM movement. This obviously struck a chord for activists and those directly affected. At the recent Season 15 RHOC reunion, Kelly tried to say this movement directly affected her because she is black. Host Andy Cohen had to remind her she has never actually walked in an African-American woman’s shoes. Around the same time, her stepdaughter with Rick Leventhal, Veronica came out and made an Instagram video. It was an attempt to school Dodd on white privilege and racism.

Coming off of the reunion and her stepdaughter’s IG Live, Kelly went on with her life as if everything was perfect. As someone who equated Covid to a super flu and God’s way of thinning the herd, she hasn’t really stood still. Kelly has caught heat for not wearing masks and holding events where masks are not in sight. And if they are, friends are packed like sardines. Over the weekend, Kelly and her friends went to dine at Billy’s at the Beach. No masks and no social distancing, some were mocking Covid. Keep in mind, Kelly’s mother had Covid quite recently. This last event, mixed with her tone-deaf seemingly racist remarks, caused Positive Beverage to part ways. Kelly still had a lot to say.

Kelly Cannot Stop Going- Is A RHOC Firing Next?

Upon learning she had lost her endorsement deal with Positive Beverage, Dodd said she was happy to have put them on the map and wished them well. In all fairness, she did promote the company in the past two seasons of the series. She went on to add she would put her energy into a new beauty industry venture as this is her true passion. Mere hours later, she was singing a different tune when it came to “wishing them well.” Is this the sign of a good businesswoman or a Bitter Betty?

As aforementioned, shortly before the announcement, Kelly and friends were at a restaurant drinking and living it up. They looked extremely irresponsible and social media had a field day with the lack of masks and Covid-mocking. Kelly clapped back at the haters on her Instagram stories: “The sheeple are mad,” Dodd started it off. “I’m not a superspreader because there’s nothing to spread because we all got the vaccine and we don’t have it, so there’s nothing to spread about superspreaders.”

Do you think it is time for Bravo to finally pull the plug on Kelly? Let us know in the comments.