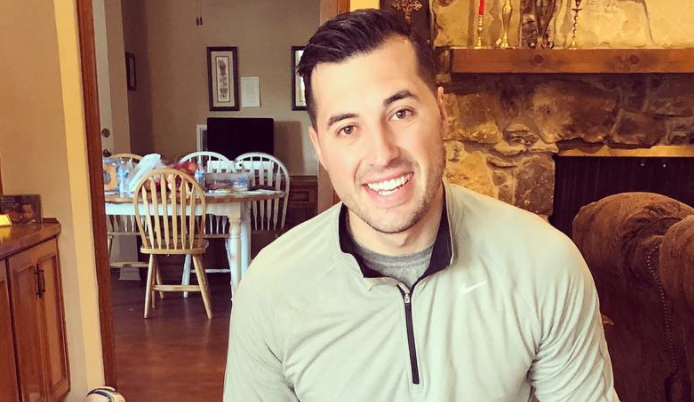 An older clip from an episode of Counting On is circulating. On Reddit, critics of the Duggar family are discussing it. According to these critics, the video of Jeremy Vuolo is enough to give them nightmares.

In the video, Jeremy and Jinger are in a bedroom with three young children. This clip is from several years ago, so the kids aren’t their own. They appear to be babysitting. Jinger is sitting on the bed with a couple of the kids.

Then, Jeremy’s face flashes across the screen very close to the camera. His eyes are wide and he’s making a scary-looking face. It’s unclear why exactly he did this. The video loops several times.

The original poster on Reddit reveals that they aren’t sure what the video is all about, but it’s scaring them.

In response to the video clip, critics are Reddit are sharing their thoughts.

Here’s what they have to say:

Overall, people on the Reddit thread seem to be freaked out by the clip, and they also want to know why he got so close to the camera while making this face. Since it’s an older video, it’s unlikely that Jeremy even knows that it’s circulating.

You can see the clip and the other responses here.

I don’t know what’s going on here but it’s scaring me. from DuggarsSnark

While the video is scary to some viewers, others are more freaked out by Jeremy’s past. While he’s now a pastor, a husband, and a dad to two young girls, his life hasn’t always looked so good.

As TV Shows Ace previously reported, Jeremy has a criminal record. According to the police report:

“For no apparent reason, Vuolo walked up to [the officer] and grabbed his right arm/bicep in a forceful manner. Subsequently, Vuolo was arrested and transported back to HQ, where he was booked and later released to a sober friend.”

This happened while Jeremy was drunk. Jeremy later talked about how this was a turning point in his life. So, maybe he’s not so scary anymore.

So, what do you think of this scary video of Jeremy Vuolo? Do you agree that it could give someone nightmares? Share your thoughts in the comments below.