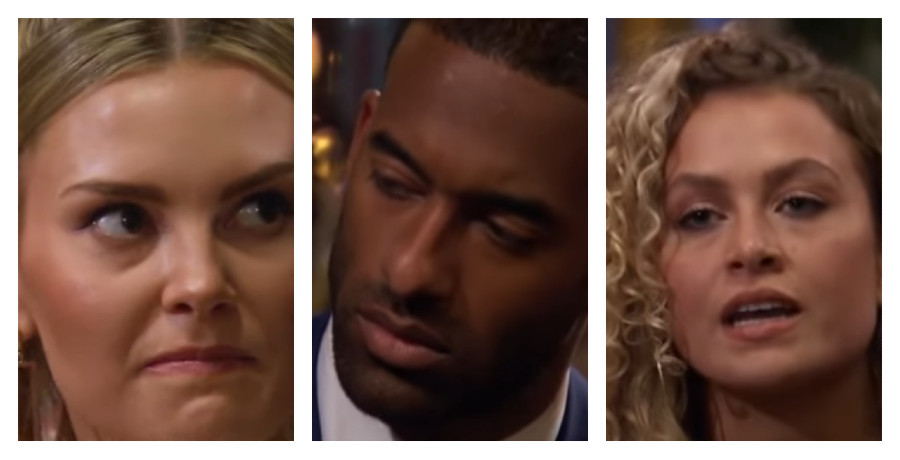 Bachelor fans will get their wish this week. Matt James finally addresses the bullying happening among the women competing to be his wife. Season 25 is just a few episodes in and fans have already called the network out for enabling “mean girls” behavior in the house.

Viewers have watched in frustration as the women appearing on this season’s Bachelor tear each other down. It all happens out of earshot of Matt James. He did get an inkling that something was brewing when contestant Victoria Larson accused Marylynn Sienna of bullying her.

Marylynn was ultimately sent packing, but viewers believe that Victoria is the real bully on the show.

The bullying only intensified on last week’s episode when five new women joined the show. Anna Redman spread rumors that one of the new girls worked as an escort. It’s clear bullying is a problem on the show. And Matt James is ready to address it.

In a preview from the episode airing on February 1, Matt sits the group of women down to have a talk. He warns them that they are on thin ice.

“If you’re having to belittle someone else for you to shine, then those aren’t qualities I’m looking for in my wife.”

Matt James won’t tolerate the behavior any longer. Does that mean “Queen” Victoria’s reign of terror is over?

It all goes down TONIGHT on #TheBachelor at 8|7c on ABC 🌹 pic.twitter.com/akdKL03oOn

“Queen” Victoria Claims She Was Being ‘Playful’

From the get-go, viewers knew Victoria Larson would be the villain of the season. However, she doesn’t seem to see herself that way. She was a recent guest on Good Morning America, where she addressed her behavior. Entertainment Tonight reports that Victoria claimed her behavior was “all in good fun.”

The other women may disagree, but the “Queen” doubles-down on that sentiment when confronted on the show. She claims her antics were “never malicious.”

Fans will have to tune in to see if she gets another week to win Matt James’ heart. Victoria was recently a victim of bullying herself. Matt James and his friends were caught dissing her on camera.

Bullying isn’t the only drama that goes down this week. Frontrunner Abigail Heringer has a heart-to-heart with Matt James about her disability.

Will it give him second thoughts about their future together?

Tune in to The Bachelor Mondays on ABC to find out.

If you love The Bachelor, join our Facebook group to connect with other Bachelor Nation fans.