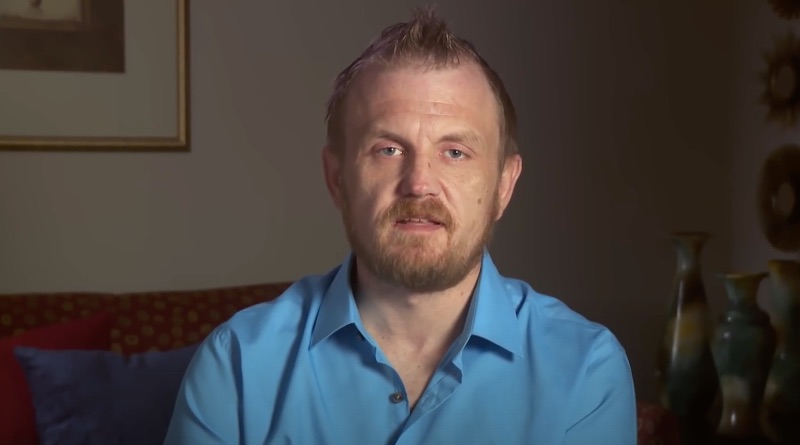 Love After Lockup cast member Clint Brady was arrested again based on the latest tea. Tracie Wagaman’s former love has had trouble with the law in the past. And, it looks like he faces even more.

Popular YouTuber Sharrell’s World recently spilled the tea on the latest from Clint Brady. Turns out, this recent arrest ties back into events that happened in February 2020 when Clint got into a car accident. Clint drove his vehicle into a pole. At the time of the accident, police tested Tracie Wagaman’s ex for drugs – and he had marijuana in his system.

Turns out, police recently arrested Clint for a probation violation. In addition, he once again had drugs in his system – including weed and methamphetamine. Love After Lockup followers keeping up with Clint Brady’s history know he struggles with drugs. And things seemed much worse when he and Tracie were still an item. But, based on the latest tea, it’s clear he went back to his habit.

According to Gen Bailey (Clint’s girlfriend), she said on a recent live that he was arrested with a 50k bond. She added that police pulled him over a few weeks ago as well. And, that he had a warrant out on him for something previously. So, that could make matters worse from a legal standpoint.

Love After Lockup viewers know Clint Brady’s parents have a very strict stance when it comes to illicit substances. From the very beginning, Alice Brady was against “hardcore drugs”. And, Clint’s parents worried about him – especially once he got together with Tracie on the first season of the WEtv show.

Still, it seems his issues with drugs began long before Tracie was in the picture. Clint lost a previous wife to suicide. And according to the tea Sharrell’s World spilled, he used drugs to “self-medicate” in order to cope with that loss.

Prior to crashing his car – and this most recent arrest – Clint Brady seemed to be turning his life around. He moved to Ohio with the help of his mother – and he even found love again with a new woman. But based on this latest arrest, it looks like his past came back to bite.

What’s Next for Love After Lockup Star?

According to Sharrell’s World, Clint Brady is back behind bars – and will likely be there for at least 45 days. So that’s going to be a situation to keep an eye on while he serves time behind bars. Many Love After Lockup watchers hoped Clint would get himself together once he and Tracie Wagaman called it quits for good. But it’s clear he still has a lot of issues to iron out on his own.

Still, with his history of arrests, things could have easily been much worse for the troubled Love After Lockup cast member. Perhaps he will use this latest stint in jail to get sober and reorganize his priorities moving forward. Either way, this is certainly a situation to keep an eye on.