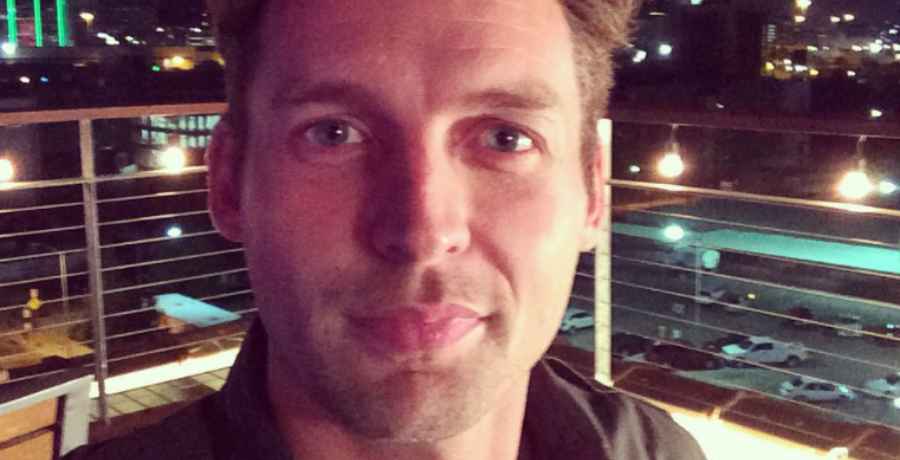 Sad news, as Donny Boaz, who plays Abby’s new husband Chance on The Young and the Restless is leaving the CBS soap. Donny himself announced the news on social media to let fans know his last airdate is coming. What will happen to Abby?

Donny Boaz exits The Young and the Restless

Donny Boaz hit Instagram on Sunday, January 31 to share the sad news. He said that Monday, February 1, 2021, will be his last airdate. That’s today!

Boaz went on to share the reason for his leaving. He wrote that he’d love to say this was his choice, that he has booked his next big project. Unfortunately, that is not the case.

Donny went on to share what he knows, including a timeline of events. On December 22, he received his schedule with filming dates through March 2021. He continued by writing that on December 23, they filmed their last day of 2020.

Boaz then flew home to Dallas to spend the holidays with his family. However, he received a phone call at 4 pm on December 24th from the “powers that be.” They told him that The Young and the Restless was not going to renew his contract for another cycle. He closed that sentence ironically with the words, “Merry Christmas.”

The only part of this situation that Boaz can take any solace in is the fact that he was told the reason for his exit is purely financial. On top of this, reportedly a door is being left open for him or the character to return. Donny did write, “I was told that Chance is NOT being replaced or killed off…”

Donny said that added production costs relating to COVID-19 testing as well as safety protocols have hit the budget. This is why it was necessary for him to leave The Young and the Restless. Boaz wrote, “I thought for sure Chance and Abby (Melissa Ordway) just married, having a baby and Victor Newman (Eric Braeden), the Godfather of daytime tv, saying ‘Welcome to the family, son,’ [meant] that I was safe… I was wrong.”

it's the way Chance looks at her, enraptured…. 💕 #YR pic.twitter.com/qxx8Els7sE

Despite this and regardless of the reason, Boaz isn’t angry or bitter about this. However, he is sad, as he invested a year of his life into a storyline and won’t get to see it through. Donny did say that overall, he is “grateful and thankful for this amazing opportunity.”

Speaking of the setback, he noted that a lot of people lost their jobs in 2020. Boaz feels blessed to have had a job during that “craziest time of our lives.” Moreover, he added that he knows he is “walking away from this better at my craft than before I started.” Donny noted that he has appeared in 108 episodes of The Young and the Restless.

Boaz goes on to thank Y&R for the amazing opportunity and he also wants to thank his fans. He wrote that they have been amazing. Donny also thanked everyone associated with the CBS soap, including his castmates and the crew, as well as his agents and manager.

Boaz’s Instagram post continued with a special message to his soon-to-be former leading lady, Melissa Ordway. He wrote that he knows he said he wanted them to be the greatest daytime TV couple ever and he aimed high. However, he says he is sorry they won’t get to see this through. According to Donny, Melissa is one of the greatest actresses he has ever had the privilege to work with. He said she deserves an Emmy this year.

How can Chance ever return to Genoa City?

So, as Boaz concludes his message, saying he is now a free agent, what will happen to Abby and Chance and their baby plans? This seems so sudden!

Fans will remember that Chance has a military background and arrived in Genoa City undercover from his military training. Everything about him back then was mysterious and secretive. Maybe The Young and the Restless writers will find a way to send him off on a secret mission? This would certainly leave things open for him to return one day.

Keep up with The Young and the Restless weekdays on CBS to find out!