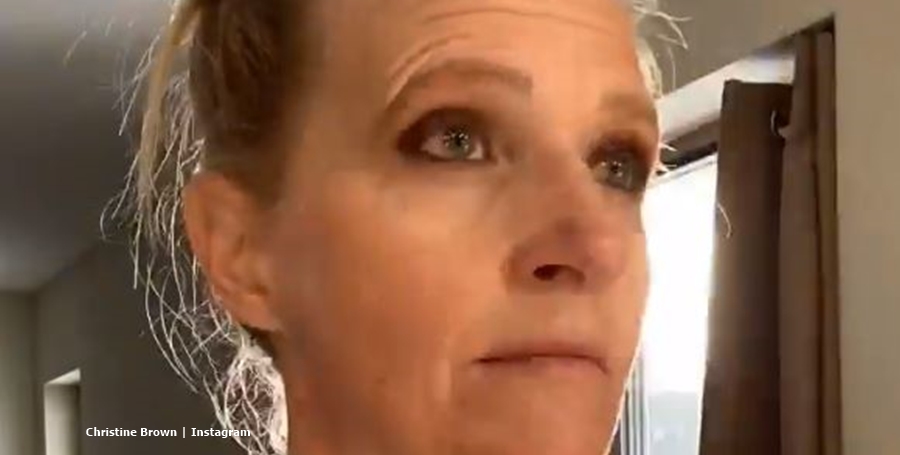 Christine Brown might be a reality TV star from Sister Wives, but she’s not immune from scammers. The TLC star told her fans all about the bad experience in her latest Car Confessions. Actually, it sounds rather sad, as it involved Christmas presents for the kids. So, they probably felt a bit underwhelmed as well. Naturally, she still feels upset about it after two months.

We reported last week, that Christine crafted her own present for her daughter Mykelti. On the occasion of her baby shower, she made really nice diaper tree. Full of baby wipes and diapers, it looked very special as she created it with greenery at the top. So it “looked a bit like a baby palm tree with diapers wrapped around it.” Actually, after her scamming experience, perhaps she might stick with more home-crafted gifts in the future. After all, she’s talented and makes some very nice things.

In her car confession on Sunday, Christine Brown told her Instagram fans how she ended up scammed. It came back in November when she started hunting around for Christmas gifts. On Instagram, she saw an advert for an interactive toy. She said that the write-up sounded fantastic and she seemed quite excited. It seemed like she intended to get the little kids a sort of Shark Tank toy. So, she ordered a bunch of them for the festive season. But it turned out that she was taken for a ride.

The Sister Wives mom said that the advert seemed totally misleading. And she lamented how expensive they were. Imagine her disappointment when she opened her parcel. She said that that they definitely were “not interactive.” In fact, they were simply cheap, not great quality “plastic sharks” with “no interactive” features at all. The painted-on teeth certainly looked unimpressive.

So, Christine Brown learned the hard way that what people see advertised really might turn out something way disappointing. Next, she cautioned her followers to watch out for scammers who make things sound way better than they actually are. The TLC star reminded people that if something sounds “too good to be true,” it probably is. It certainly sounds like in the future she might buy from product-reviewed companies with good reputations. Unfortunately, she shared it in her Stories, so fans couldn’t comment on it.

KLFY News warned people to be aware of toy scams as they headed into the holiday season. They cited Jillian Dickerson, who is the President/CEO of the Better Business Bureau of Acadiana. She noted that popular “toys usually sell out fast, become expensive, or are hard to find. And that’s when scammers con people into buying poor quality products.” Unfortunately, once you pay for it, there’s not really “much you can do” about it.

Have you ever been scammed like Christine Brown? Sound of your experiences in the comments below.