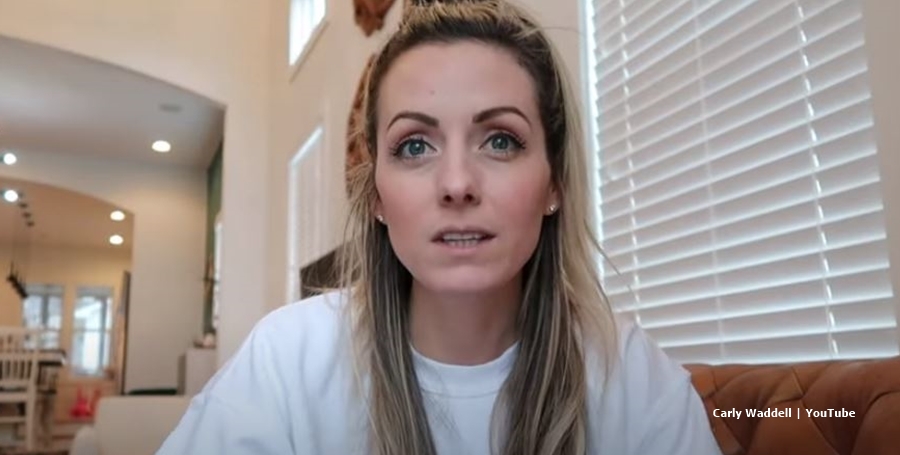 Carly Waddell and Evan Bass’ divorce news came just before Christmas. So, the holiday season seemed anything but festive for her. Fans seemed shattered when the news arrived that the Bachelor in Paradise couple split. After all, they seemed like one of the success stories of the ABC franchise. They created two beautiful kids together and while they went through a few issues, fans hoped they could work them out. But it’s pretty much over now, bar the paperwork. That could take time, and Carly told her fans she won’t date until the certificate says she’s officially single again.

At Christmas time, we reported that Carly seemed “not okay.” She talked about how “abnormal” her everyday “normal” feels since she and Evan moved apart. The kids went over and spent the night with their dad and his kids. The BiP alum told her fans on Instagram that she really tries coping, and seems confident that one day she feels okay. But at the time, she felt vulnerable and obviously sad. She took some comfort from the fact that she knows the “kids are loved.”

The BiP alum told her fans that the divorce came from Evan. She talked about how she wanted a house and he told her to go ahead and buy it. But then revealed he didn’t plan on living there with her. Carly Waddell thinks the problems arose when they both invested a lot of time in the kids. In a video, she noted, “I think that was our biggest downfall. … If you don’t have a foundation for yourself, then you crumble.” It all sounds terribly sad. And it seems she’s in no hurry to find another man. In fact, Carl Waddell won’t date before the divorce is finalized.

Since the split became public, Carly quite often posts on YouTube. She put up a new Q&A on January 31. In fact, she said that she asked Evan to collect the kids for the weekend early. She felt a bit ill and suffered from a tummy bug. E! Online reported that she spoke about some of the many questions that fans ask her. She discussed the possibility of getting back together with her ex.

In the video, Carly Waddell mentioned that “it takes two” on getting back together. But that might seem a dangerous road. After all, it throws all the weight back on Evan. And fans think right now, she needs control of her own life, not what he thinks. That sentiment emerged in the comments section of her vlog. Nevertheless, it looks like she gives him plenty of time to reconsider. She noted that she won’t feel single until that piece of paper confirms the divorce. As far as she’s concerned, it won’t feel right looking around for someone else while she remains legally married.

Plus Carly Waddell wrote off the idea of dating someone via the Bachelor franchise. In fact, she says she’d feel way too “embarrassed” to ever discuss it “with Chris Harrison.”