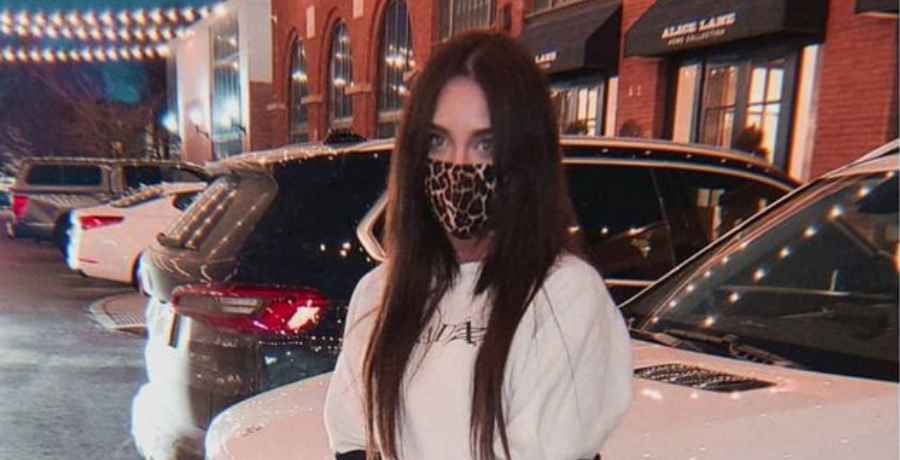 90 Day Fiance alum Deavan Clegg cannot catch a break with fans of the TLC reality show. It doesn’t matter what she does, they just love to hate her. Fans pick on her for photoshopping her Instagram images, her parenting and even her new man, Topher. Now Deavan is getting attacked for sharing images of herself, while seen posing in front of a fancy Mercedes Benz.

Deavan Clegg has had a rough time since first appearing on 90 Day Fiance. First, she had a difficult time while moving to South Korea to be with Jihoon Lee. Clegg, 24, already had a daughter, Drascilla, from a former relationship and went on to give birth to Lee’s baby, Taeyang. With all the ups and downs of their lives together, including allegations of child abuse, it wasn’t an easy time for Deavan.

Since she returned home, she has become involved with a new American South Korean love, Topher Park.  Next, the TLC reality star opened her own OnlyFans account, which went majorly wrong for her. This was especially so after a Redditor leaked all her suggestive images. These days, 90 Day Fiance fans tend to lean towards Jihoon’s side of the story, while he misses his son very much.

Deavan and the white Mercedes

Things just got worse for Deavan after she posted two images to her Instagram, with her standing next to a white Mercedes. Admittedly she doesn’t claim ownership of the car. She does, however, note in her caption, “From nothing to something.” After making her post, Clegg was instantly attacked in the comments section.

Initially, the comments were kind. A recent comment reads, “Deavan I think you were always “something.” They went on to add that she was always pretty amazing in their viewpoint. One fan brought up the subject of OnlyFans, writing that “it must pay well.” Someone else mentioned Evelin, who has made 50K on the platform. Some fans believe Clegg is making a career for herself and helping to support her children. One even commented that the car looks good and that it has “great space for the kids.”

However, keyboard warriors couldn’t resist commenting on the new images. One wrote, “Material possessions mean nothing. Only those with a low IQ combined with lack of education don’t get this.” Another wrote that her “definition of “something” is very broad.” Yet another commented, “90 days couldn’t of [sic] been that traumatic cuz [sic] she is half undressed and in pictures and look at all the stuff she has. Hum.” A supporter noted all the negative feedback, commenting, “Y’all really mad because she bought a car?” As always, Deavan wisely ignored the bad feedback.

Of course, Deavan isn’t the only cast member on 90 Day Fiance to join OnlyFans. Many have been making a comfortable living with their accounts. Larissa Dos Santos Lima is a perfect example, as she says she makes more money with OnlyFans than she ever did with TLC. Even Paul and Karine Staehler recently signed up for OnlyFans.

Why shouldn’t people have the opportunity to use their fame with their OnlyFans? The fact that Deavan is able to comfortably support her family is nothing shameful.