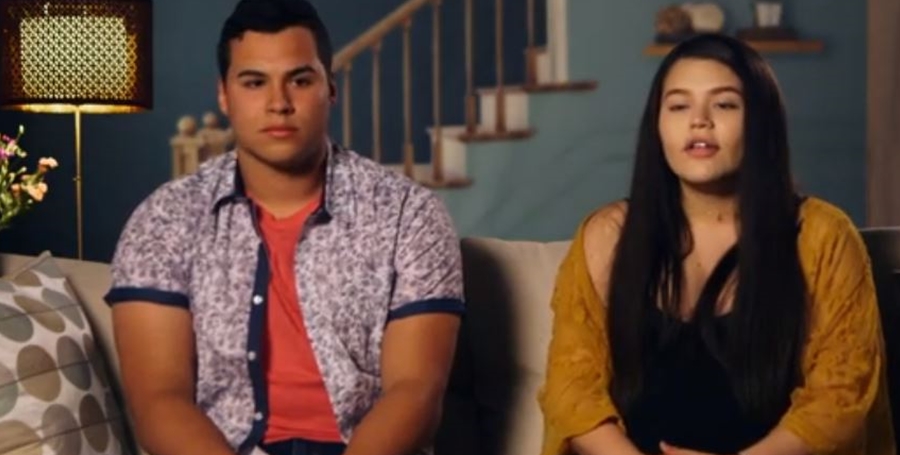 Unexpected star Myrka really grows concerned about Ethan and the fact that she might end up looking after two babies. The fear came in a teaser for the TLC episode this weekend.

Managing a pregnancy as a teen seems hard enough but her mom threw her out of the house. They ran into problems with Ethan’s extended family as well. Now the baby comes along soon and it seems that Ethan’s not yet ready to be a dad.

Myrka only expects one baby. But Ethan seems unable to comprehend the monumental changes ahead. In the teaser, fans saw that Ethan mentioned how he noticed physical changes in her body. Well, hopefully, as she’s quite far along. He feels “sorry for her” sometimes he reveals. Apparently, Myrka complained as she became all swollen and can’t wait for the baby to come. In fact, she said that she feels “done with pregnancy.”

The time came for some serious birthing exercises and all Ethan had to do was help her find out more online. Well, he made a half-hearted attempt and just kicked back looking chilled while she struggled without any encouragement.

Even he admits that he might not be ready for all of this. Myrka seems convinced that he’s nowhere near ready for the responsibility of a child. And she fears that once the baby arrives, the Unexpected baby daddy leaves everything to her. She fears that she’ll end up looking after two babies, one them being “big baby” Ethan.

After her mom kicked her out of the house she moved in with Ethan. And they ran into problems there as well. It all revolved around his aunt, Ethan claimed. We reported that Ethan Ybarra posted on his Facebook account to confirm rumors that he had been kicked out. He said, that Mellisa Hernandez, his aunt, is the reason. He feels she lied about Myrka who always seemed very “respectful.” But fans appreciate that his parents seem a lot more supportive than Myrka’s mom ahead of the birth.

Apparently, he lashed out at his aunt. And really, as a teen with a baby coming along and some feeling that Ethan might not step up as a dad seems bad for Myrka. All of this stress comes along just when she probably needs the most love and attention ever. TLC captioned the Unexpected teaser with, “Are Myrka and Ethan ready? See how they prepare for their baby.” Well, if they aren’t ready, that baby’s coming along regardless.

Myrka Cantu seems determined to be a good mom

TV Overmind reminds readers that Myrka was “a typical teenager” and “a member of the cheerleading team and she also played basketball.”

Now her entire life is changing and she tries hard to prepare for being a mom. But clearly, she needs a lot of support. And for her, she went through all of this with condemnation and family clashes. People feel a bit sorry for her. Many of them say she’s their favorite of all the TLC castmembers.

One Unexpected fan commented, “Of course they don’t know the true reality of having a baby and they won’t know until they actually had the baby.” So, it seems that Myrka might as well stop worrying now, and just accept that once the baby comes, everyone needs to step up and make the baby their focus.

Do you fear for the Unexpected couple? Let us know in the comments below.