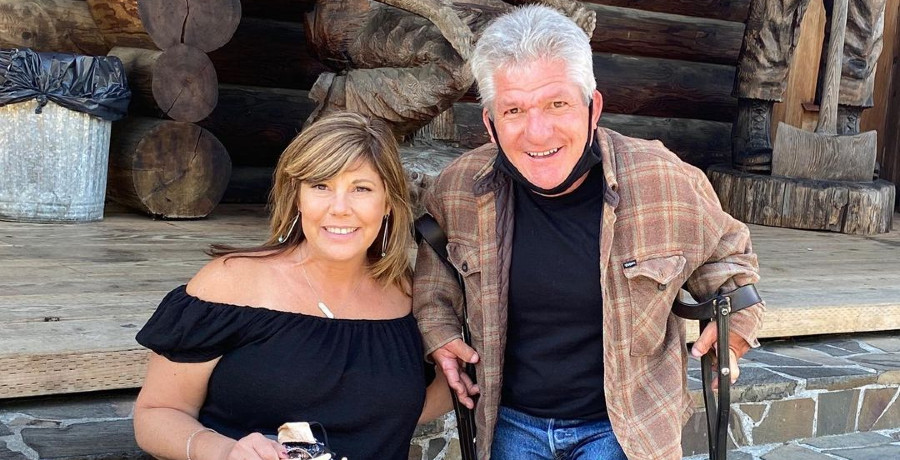 Little People, Big World fans know that Matt Roloff loves to tinker about his farm, working with his hands. It turns out that his lady love, Caryn Chandler, also loves to get down and dirty. Matt proudly shared a video on his Instagram of his girlfriend pitching in around the farm.

Caryn Chandler Gets Down & Dirty

It’s been almost five years since Matt Roloff’s divorce from ex, Amy Roloff. Both former spouses have moved on to find love elsewhere. Amy is engaged to Chris Marek. Matt went public with his romance with Caryn Chandler in 2017.

Matt Roloff revealed on Instagram that Caryn Chandler “bought a new house.” And the house needs some work. He wrote that first on the to-do list is building a “new, better, larger deck.” But that requires taking the old deck out first.

In the video on social media, two men are working on removing the old deck. And then Caryn Chandler makes an appearance with “boots and gloves on” to pitch in. In the video, she jumps right in and pulls a board until it comes loose. At one point in the video, Matt Roloff turns the camera on himself. He seems to be sitting on the sidelines, supervising.

Matt Roloff is clearly impressed with his girlfriend’s can-do attitude. Alongside the video, he wrote a caption about how amazing his girlfriend is. He’s also practically beaming with pride in the short video clip.

In the caption, he writes that Caryn Chandler helping the deck demo is just “one of many reasons” why he loves her. He goes on to proudly write, “she’s rough.. she’s tough… and not afraid to get dirty and get the job done.”

If only his followers were as enamored by her as he is. Many fans were miffed that he didn’t show the same appreciation for his ex.

Did He Put a Ring On It Yet?

Matt Roloff and Caryn Chandler have been dating for several years now. That leads to the inevitable question of marriage. The Little People, Big World star hinted that engagement will come sooner rather than later, The Hollywood Gossip reports.

Amy Roloff and Chris Marek would already be husband and wife if not for the coronavirus pandemic. They had to postpone their wedding, but Amy Roloff is gearing up for a 2021 wedding. She also spilled on Instagram that LPBW is filming again for a new season.

TLC has yet to announce when Little People, Big World will return. Follow our Facebook page for all the latest news on your favorite TV shows.