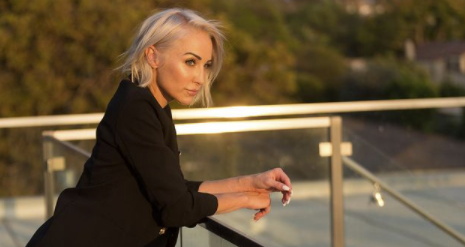 It really seems that Selling Sunset stars really have each other’s backs. Mary Fitzgerald recently admitted she felt concerned when Chrishell Stause announced she had a new boyfriend. After meeting on the set of Dancing With The Stars Season 29, Chrishell fell hard for one of the pros — Keo Motsepe. Mary recently sat down with Daily Mail to discuss details.

“They are so cute, I was concerned in the beginning as I was like, I don’t want her heart being broken again…” Mary said, referencing Chrishell’s painful split from actor Justin Hartley. “But Keo is awesome and Chrishell is just over the moon.”

Mary added that she and Chrishell have grown to be close friends and she’s happy to see her so happy.

Selling Sunset fans watched as Season 3 addressed their high-profile split. After all the pain and heartbreak Chrishell went through, it only makes sense that her closest friends want better for her with this new relationship. Fortunately, Keo seems like a kind and doting boyfriend so far. Mary Fitzgerald and the rest of the Selling Sunset gang might not have much to worry about at all.

How Does The Rest Of The Selling Sunset Cast Feel About Chrishell’s Love Life?

Mary Fitzgerald isn’t the only cast member who is looking out for Chrishell. Jason Oppenheim also talked to Us Weekly about Chrishell’s future relationships. He said that she would need to get his and Mary’s approval before she made anything official.

“Whether she wants it or not, she’s getting it. And I think she would expect that I would definitely — I think me and Mary [Fitzgerald] would definitely have to meet him,” Jason told the publication. “I mean, she always makes a good decision and she’ll be with, I’m sure, a really solid dude. I’ll just have my radar up, of course.”

Mary sat down with Us Weekly in a different interview to discuss whether or not Keo would make future appearances on Selling Sunset.

She said that it would likely be an issue since he’s a main cast member on ABC’s Dancing With The Stars. However, if he got permission, Mary imagined he would make appearances. She also said that Keo planned a little get together so he could get to know the rest of the cast.

“He really treats her well, which she deserves. But I told him he’s going to have to deal with me if he treats her bad,” Mary went on to say. “I was like, ‘Don’t screw it up. Don’t hurt her.’”

Are you happy for Chrishell and Keo? Be sure to let us know in the comments.