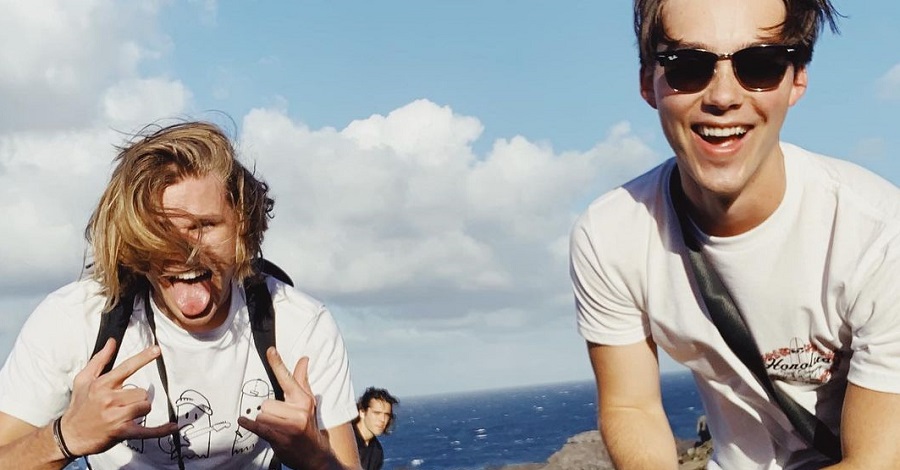 Owen Patrick Joyner is a 20-year-old actor that has a few different credits on his resume. It, however, is his role as Alex in Netflix’s Julie and the Phantoms (JATP) that has landed him in the spotlight as of late. As fans of any TV series typically does… They desire to know everything there is to know about the cast. For Owen in particular, fans are particularly interested in his romantic life. This stems from the fact that his character in the show is a gay. Fans question of Owen Patrick Joyner himself might also be gay. To appease the Netflix fantoms… We did a little digging. And, here’s what we know about Owen.

There are some mixed reports on Owen Patrick Joyner’s sexuality. StylesRant reports that whether Owen might be gay in real life is unclear. Distractify also confirms Joyner has never really openly what his preference was when it came to dating.

Dating & Romance: Is he single or does he have a girlfriend?

Again, there are pretty mixed reports when it comes to these questions. The general consensus is that doesn’t appear to have a girlfriend. Or, at least if he does, he prefers to keep it pretty private.

For a period of time, there were rumors that swirled he was in a romantic relationship with his Julie and the Phantoms co-star Savannah May. Part of the reasons these rumors swirled is because they have a history. They were also co-stars on Knight Squad. And, they’ve grown very close working together multiple times.

That being said, the duo have insisted there is nothing romantic between them. Likewise, Savannah May has reportedly admitted she considers Owen to be more of a family member.

Julie and the Phantoms fans discovered a girl on Instagram believed to be named Sallie Knight. Some suspect this girl might be Owen’s girlfriend in real life. He is in multiple photos and videos on her Instagram. And, the duo look pretty chummy. One of the photos uploaded to her account is from this month. So, if they are in some sort of relationship… There is pretty recent documentation of her. Owen does follow Sallie on Instagram. Owen’s co-star Charlie (who plays Luke) also follows her on Instagram.

Moreover, it is clear in the comments of her recent posts that the Julie and the Phantoms fan base seem to suspect this is Owen’s girlfriend in real life.

Truthfully, only Owen Patrick Joyner can confirm if he is gay and whether or not he is dating anyone. Fans are always going to make assumptions and have theories. But, he doesn’t owe anyone any information he doesn’t want to divulge. Presently, fans are still waiting for Netflix to renew the series for a Season 2.