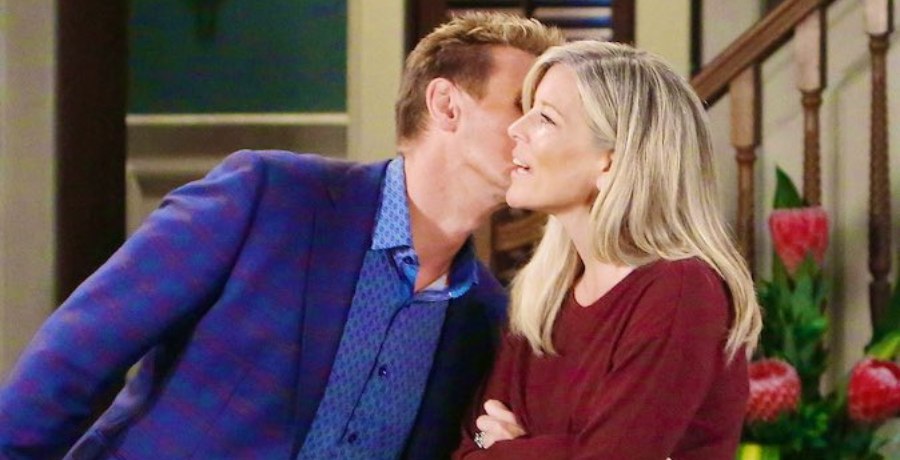 General Hospital spoilers tease Carly Corinthos (Laura Wright) and Jasper Jax (Ingo Rademacher) will once again fall back into bed. The two have a close bond. Now, as Carly grieves the loss of her presumed husband, Sonny Corinthos (Maurice Benard), and Jax deals with the fallout of his deception to Nina Reeves (Cynthia Watros), the stage is set for many GH couples to realign on the ABC soap.

General Hospital spoilers confirm Jax comes clean to Nina Reeves. He tells her Nelle Benson (Chloe Lanier) is, in fact, the daughter she’s been looking for all these years. Furthermore, he also reveals that he and Carly knew for months, and both deliberately kept the truth from her. No doubt Nina is rocked to the core by Jax’s deception and cruelty.

Carly is not only dealing with the entire Nelle is Nina’s daughter mess she created, but she’s also mourning the loss of her presumed dead hubby, reminds General Hospital spoilers. Now that Jax lets Nina in on the secret they’ve kept, it’s only a matter of time until Nina kicks Jax to the curb. Certainly, Valentin Cassadine (James Patrick Stuart) will have no problems picking up the pieces of Nina’s broken heart.

So, with both Carly and Jax suddenly single, General Hospital spoilers tease, it’s just a matter of time before the two find themselves seeking comfort in each other’s beds. They have a closeness and familiarity. So it’s an easy transition back to lovers for these two amicable exes.

General Hospital spoilers hint Robert and Olivia aren’t the love match that will prevail. Robert’s a good transition man for Olivia, but the two certainly aren’t each other’s soulmates. Robert still carries a torch for his ex-wife Anna Devane (Finola Hughes. Plus, Olivia and her first love Sonny Corinthos still have crazy chemistry. So it’s only a matter of time before they find themselves together again.

Dante's life hangs in the balance and Olivia needs a shoulder to cry on. Has she lost her support system in Ned?
A heart wrenching, new #GH starts RIGHT NOW on ABC! @lisalocicerogh pic.twitter.com/erNkjZUfd3

General Hospital fans have had enough of Sonny and Carly’s ups and downs. After all, they divorced and remarried about half a dozen times over the years. So maybe it’s time for the pair to part ways permanently other than to co-parent their kids.

Last year GH aired a special Dante-centric episode that showed Olivia and Sonny together in Dante’s dream sequences. Those images reminded fans of the amazing chemistry these two have. Certainly, Olivia and Sonny have a lot more in common from their upbringing than Sonny and Carly. So it’s very likely the top brass at General Hospital plan sto reunite them as the end game.