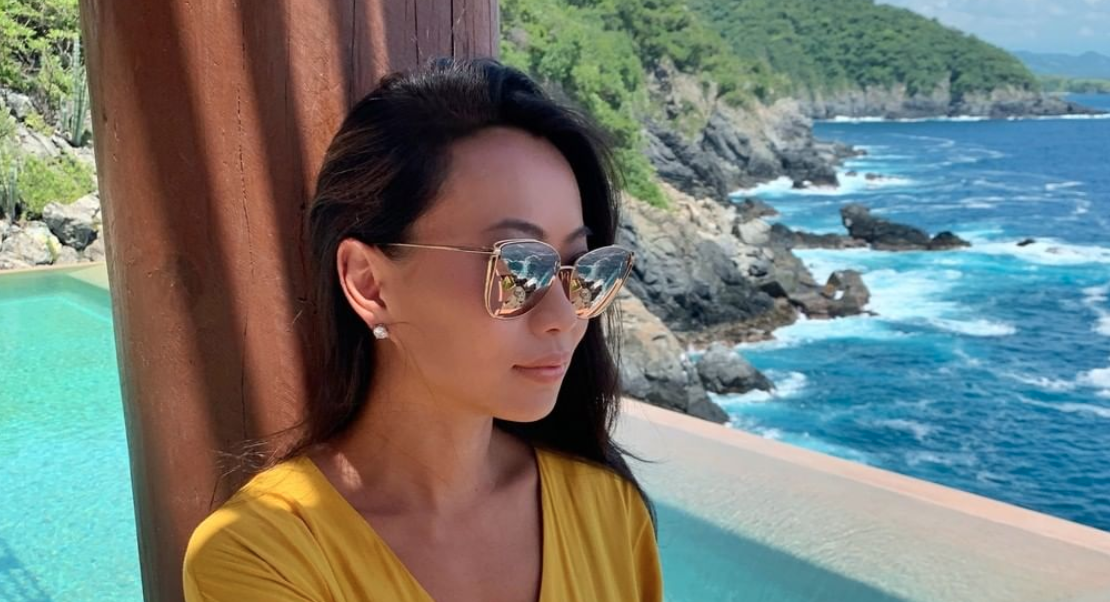 Bling Empire just hit Netflix and is drawing quite the fanbase already. However one of the most interesting parts of the show is the relationship shared between Kelly Mi Li and Andrew Gray. Kelly is defending the seemingly toxic relationship.

Bling Empire star and her relationship

Kelly and Andrew get in a lot of fights during Bling Empire. They even decide to go to couple’s counseling so they can work through their issues. Apparently, despite their efforts, the couple actually ended up splitting up for six months E! says.

However, that break didn’t really last. Now, they have decided to try once again to make it work. Kelly is talking about why she got back together with Andrew and their current living situation.

“We’re still living separate right now, separate households,” Kelly explains after being asked about a future family. “You know, for us, we want to take our time, we want to do it right—and we are doing it right.”

Of course, Andrew had a similar reaction saying that he totally believes he will marry the Bling Empire star one day.

“We’ve been together…we’re going on seven years,” he says, despite their six-month breakup. “I would love to get back in the home with my wife. To me, love is not just a piece of paper, it’s a union between two souls, two flames that become one.”

According to both of them, this relationship is worth fighting for. Despite what it may look like to fans on the outside, they seem to really love each other.

“We both are seeking unconditional love,” Kelly says. “For me, Andrew is worth it, and Andrew and our future life is worth the fight.”

Andrew adds that he knows he is supposed to be with Kelly and has known that since kissing her the first time.

“It’s just simple: when you know it, you know it. When you feel it, you feel it. I knew it the first time I kissed her—and after that I couldn’t see my life without her.”

What do their co-stars think?

Apparently, co-star Kevin didn’t even know the pair got back together. Honestly, that doesn’t seem like a good thing. If they were confident their relationship was going to work it seems they would have ended up happily telling all their friends. Only time will tell if they actually are worth working on.

“I didn’t even know she was together with Andrew until I watched the show and people were interviewing me and they were like, ‘So, what do you think about that?’ And I was like, ‘I didn’t see the show yet. They’re back together?'” Kevin reveals.

What do you think of Bling Empire? Let us know your thoughts in the comments below. Come back to TV Shows Ace for more news on all of your favorite reality TV stars.