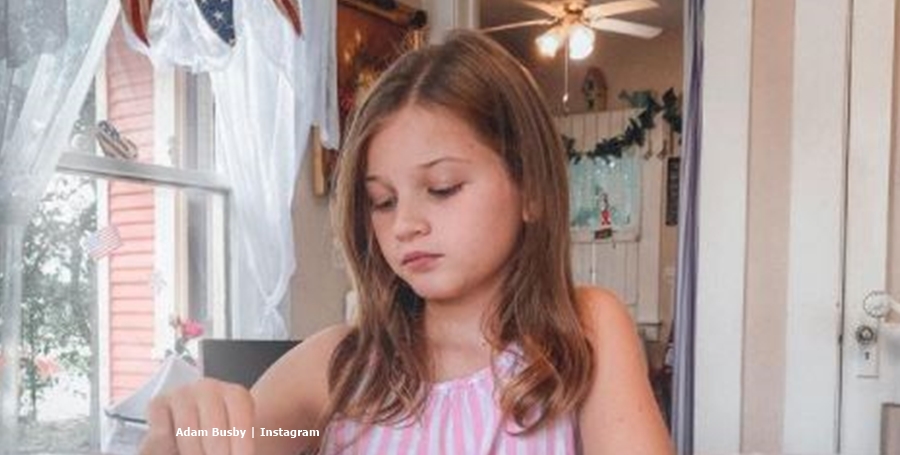 Adam Busby shared a new photo of his daughter Blayke on January 30 and she looks so beautiful. Actually, a lot of fans think that she looks very much like her mom Danielle. So, it’s no surprise that he dotes on her beauty. Actually, the OutDaughtered quints also look very pretty as they grow into young ladies. Additionally, some fans think one of the quints looks a lot like Blayke.

Fans know that Adam’s not alone in doting on the beauty of their daughter. We reported that Danielle also shared a recent photo that highlighted how she also dotes on her first-born. It came when she announced that Blayke started dancing classes. And fans agreed that she looks very much like her mom, and just as beautiful. Danielle captioned that post with, “Now this is how I see my Blaykers, a little dancer 💕.” And in the comments section, plenty of people noted how she grows in beauty.

Actually, she’s not alone in looking like her mom. One step removed, a lot of fans also think that the quint Parker is also tall like Blayke and her mom. And they agree that she shares a lot of similar facial features with her big sister. In fact, if she also had dark hair, it might seem more obvious. Perhaps Adam Busby, closer to his kids, also noted the potential likeness in the tallest quint.

Fans seem convinced that Blayke Busby looks like her mom’s twin. So, asking if she looks like Danielle seems a rather rhetorical question. But bear in mind, many people don’t follow the OutDaughtered parents on Instagram. So, they possibly never picked up on the likeness. Plus, when the OutDaughtered seasons air on TV, while Blayke features in it, the main focus seems to aim at the quints.

In the comments section of Adam Busby’s post about his “beautiful” Blayke, a lot of fans commented on the likeness once again. One of them wrote, “Blayke is her beautiful mom’s twin!!🌺” And another TLC fan noted, “She is beautiful like her mommy❤️.” Meanwhile, others spoke about how stunning she looks as she grows up.

One follower commented “She is growing up so fast !!!! OMG !!!! Such a beautiful girl and I love the connection she has with her sisters.”

One critic on the post by Adam Busby said they felt “sorry” for her as Blayke “always gets left behind.” But that’s not really a kind thought, as both of her parents make sure they share a lot of photos of her. In fact, they always make sure that their oldest daughter is every bit as loved and as much a part of the family as the quints.