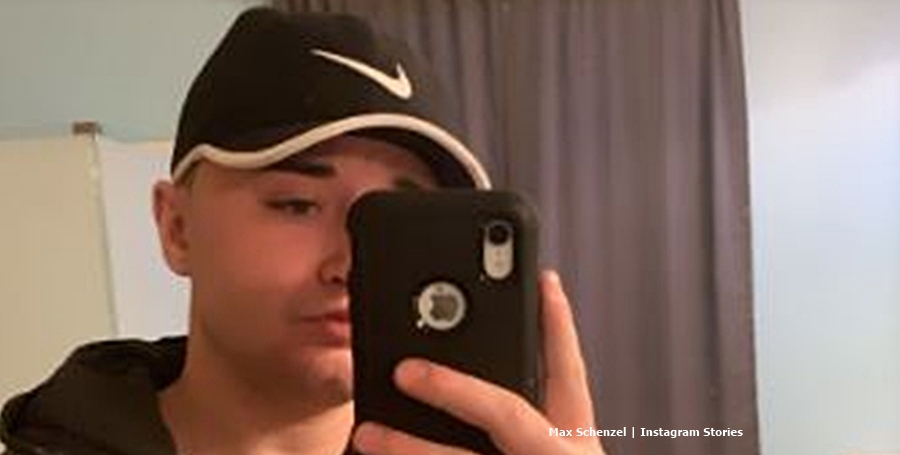 Unexpected Max Schenzel ended up in jail for six months. He tries fighting drug addiction and his baby Momma Chloe Mendoza accused him of domestic violence and abuse. Now it looks like he goes fishing for a new girlfriend on Instagram. Of course, he might just look for a flatmate. But fans think it’s quite funny that he talked about meeting other singles. He hardly sounds like the catch of the day, so it will be interesting to see if girls slide into his Dms on social media.

We reported that Max denies he ever threw a phone or hit Chloe Mendoza with it. the TLC star practically called Chloe a liar for suggesting her allegations of abuse. He said they were totally fake. He also allegedly assaulted her and kicked baby Ava. Fans saw him arrive on the show with a charge of credit card theft hanging over him. Plus, he since became the subject of many stories about his run-ins with the law. These included unlawful use of a vehicle and more. In fact, it’s not easy keeping track of all the charges. So, it wasn’t clear which charges landed him in jail for six months.

Due out on January 8, he’s probably back in the real world now. So, possibly, as he knows Chloe moved in with a new boyfriend, he tries fishing for another woman. But he could also look for someone to spilt the rent with for an apartment. It’s no crime to look for and chat with other singles. However, fans assume that he’s trying to hook up with a girl. But, with his arrest record and rather unsavory behavior, it’s hard to imagine anyone DMs him. Mind you, WEtv made an entire show, Love After Lockup, about people who date those who ended up incarcerated. So, fans can’t say for certain that Unexpected‘s Max gets no responses.

When Max shared an Instagram Story on Thursday, @tlc.unexpectedtea shared a screenshot on their account. Their caption read, “Story from Max (Ava’s Dad)Anyone? 😭.” The story revealed Max standing in front of a mirror. And he captioned it with, “Who’s single and lives in AZ?”

Well, as you might imagine, among the followers on the account, the news met with predictable reactions. One TLC fan commented, “I’m not even from AZ and I feel uncomfortable.” Then another one asked, “Anyone in AZ that desperate?” One person rejected the idea of reaching out to Unexpected‘s Max. They noted, “No thanks don’t want a cell phone thrown at me.”

This comment also came in and shows the contempt TLC fans feel for him: “The last thing he should worry about is dating or whatever he’s trying to do. Man up and be a dad 🤦🏼‍♀️.”

Meanwhile, TLC star Rilah Ferrer responded, saying, “me dad.” But fans wanted her not to joke around in case Max Schenzel took her seriously. So far, it looks like Unexpected‘s Max Schenzel’s post got few takers.