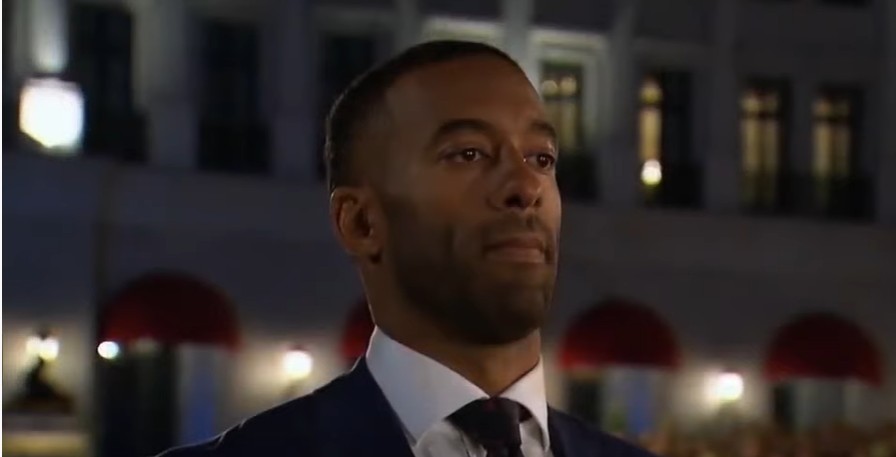 Things are already quite dramatic on Matt James’ season of The Bachelor. And, if reports from Reality Steve are correct, the drama will only heat up more. The show loves to shake things up. For example, a former contestant and someone Matt knows is said to show up wanting to date him. However, she’s not the only one to show up to see Matt this season. Another person from Matt’s past will show up later this season. So, who will be arriving to stir things up a bit? Keep reading to find out more. Warning! Spoilers Ahead!

A person from Matt James past will appear later this season

Reality Steve went to his blog to share what he knows about this mysterious guest who arrives to see Matt. According to Steve, Matt James’ dad will be making an appearance later this season. The funny thing is, Matt rarely talks about his father. He always says his dad was never around much. And, he says he and his brother were basically raised by their mother. In fact, Matt even posted a Happy Father’s Day message to his mom on Instagram.

Steve admits at this point he doesn’t know much about Matt’s dad’s appearance. He’s not sure if Matt was aware production invited his dad or if he was completely blindsided by the visit. Whether it turned out good or bad remains to be seen. Steve did say he is pretty sure a moment shown often in previews is a result of this visit from his father.

Reality Steve said,  “But I think now that scene they’ve shown a few times of Matt sitting down outside on a curb and Chris Harrison asking if he’s ok and him saying “No, I’m not,” without knowing 100% for sure, I can probably guess now that scene has to do with Matt and his dad. Either he’d just met him or was just told his dad is there to speak with him.”

While he has no idea how this will play out on screen, Steve thinks it will end on a positive note. He can’t believe the show would bring Matt’s dad in only for it to all go down horribly. So, his theory is that they have an emotional yet positive conversation. It will be interesting to see how it all plays out.

.@mattjames919’s season continues to make us go 😯 Thanks for watching #TheBachelor! pic.twitter.com/AitRZcNGYj

The impact his parents divorce had on him

Matt went on to say, “[Infidelity] is such a selfish thing to happen. For it to take place when you’ve made that commitment to somebody — and knowing how serious I take that commitment — is why I want to make sure that I’m going about this process as seamless[ly] and focused as I can so I’m not putting someone in the situation to get hurt.”

Matt is on his way to finding love. He met five new women last Monday and kept four of them at the rose ceremony. It looks like there is definitely tons more drama to come as The Bachelor continues Monday nights on ABC.