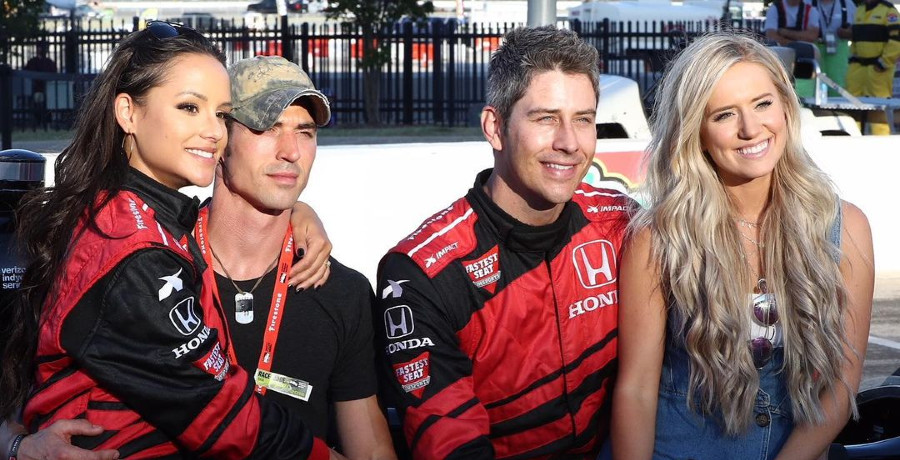 Lauren Burnham isn’t letting her pregnancy slow her down at all. She recently went on an RV trip with her small family and another reality TV show couple. Counting the twins growing in her stomach, the road trip was a party of nine.

Arie Luyendyk Jr. and Lauren Burnham are one of the few success stories to come out of The Bachelor. But she wasn’t his first final pick. After a short engagement Becca Kufrin, Luyendyk broke up with her and proposed to Burnham. The two later married and have a daughter, Alessi. They are also expecting twins this summer.

The Bachelor Nation couple were joined by Cody Nickson and Jessica Nickson (formerly Graf.) The Big Brother 19 competitors married in 2018. Their two young children went along for the ride, too.

The trip was well-documented on social media. Jessica Nickson wrote on her Instagram that when they all first met, they were “two couples who met on reality tv shows, about to get married.” Now they are “babymooning” and taking vacations together, Us Weekly reports.

Jessica Nickson gave birth to another daughter, Carter, in late 2020. Cody Nickson also has a daughter from a previous relationship.

Deep in the Heart of Texas

One stop in the RV road trip was the great state of Texas. Arie Luyendyk Jr. shared a photo of his little family in front of a painting of the Lone Star state’s flag.

Arie Luyendyk Jr. and Lauren Burnham are expecting a boy and a girl in July. While most people wouldn’t consider an RV trip “babymooning,” they are spending special time together with Alessi before their big arrival.

In her post about the trip, Jessica Nickson wrote that she looks forward to “zillion more family vacations” with Burnham and Luyendyk.

Tune in to Matt James’ season of The Bachelor airing Mondays on ABC to see if he can find love like Arie did. If you love The Bachelor, join our Facebook group to chat with other Bachelor Nation fans.