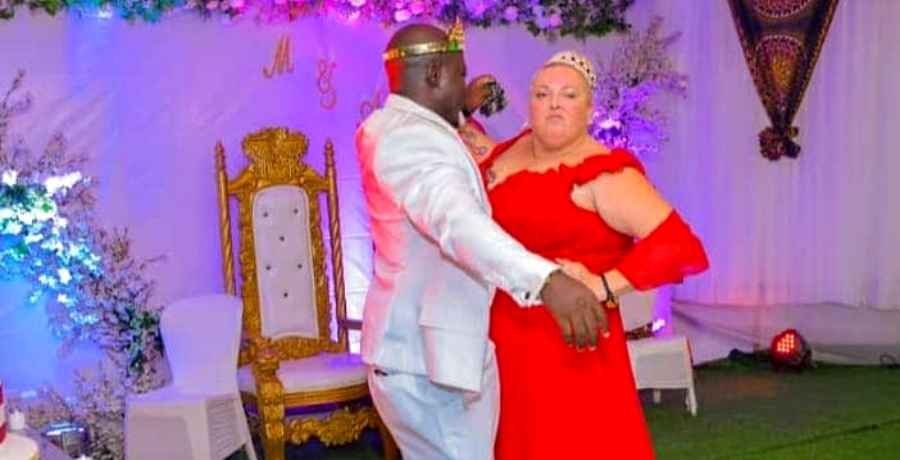 90 Day Fiance stars Angela Deem and Michael Ilesanmi have recently celebrated their first year of marriage. Regrettably, this was a bittersweet moment, as they are both still thousands of miles apart. Angela is with her family in the States, while Michael is still trying to get a visa to allow him to leave Nigeria.

Michael and Angela have had a number of major ups and downs during their relationship. Among these, Angela accused her husband of infidelity. On his side, Michael was upset after Angela changed her stance on having their child.

Angela has been in the news recently for her amazing weight loss with images showing her looking stunning. However, fans know how much Michael was against Angela having any form of plastic surgery or weight loss surgery.

In the 90 Day Fiance: Happily Ever After Tell-all he was flat out shocked when she spoke of having the treatment. Whether Michael is now happy since Angela lost the weight is unknown. Things probably haven’t gone too smoothly, but a recent post on his Facebook post gives the impression they are fine.

Happy anniversary to Angela and Michael

There is happy news for Angela and Michael as they celebrate the first anniversary of their marriage. As the couple is still apart, their celebrations were bittersweet. This didn’t stop Michael from sharing an image from their wedding reception in Nigeria to his Facebook page to celebrate the event.

Michael captioned the image, writing “Once again, the time has come to look back a year and think about all the beautiful moments shared together. Despite all hurdles, good and bad times we still gonna [sic] win win. Love you my Queen. HAPPY ANNIVERSARY TO US! ❤❤ ”

Angela also commemorated their first anniversary by sharing an image on her Instagram Story. It appears to be a gift she has bought for Michael in the form of a dog tag. The dog tag is engraved with a message from Angela to her husband and can be seen below

When will the 90 Day Fiance stars be together again?

At present, it is unknown whether Michael will be able to get a visa to travel to America.  As noted by Cinema Blend, they may have complicated things by deciding to marry in Nigeria. The couple had hoped this would expedite the process of getting a spousal visa. However, with a year now gone by, goodness knows what the hold up is.

While Michael carries on his life in Nigeria, Angela has been busy getting her own potential spinoff series. Rumors are that she will have a series dedicated to her bodily transformation. The idea definitely has potential and Deem certainly has the personality to carry it off.

In the meantime, fans can catch Season 8 of 90 Day Fiance on TLC, Sundays at 8 pm ET.