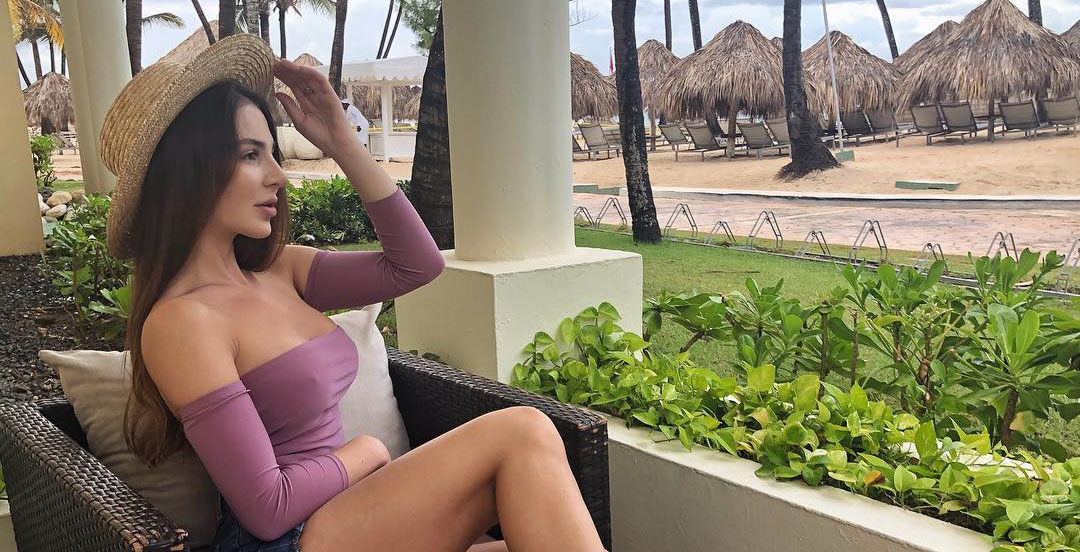 Unfortunately, during her time on 90 Day Fiancé Anfisa Nava, it seems producers don’t paint her in the best light. Ultimately, her husband at the time, Jorge Nava, was arrested. It seems that Anfisa took this time apart to focus on herself. Eventually, it seems that time apart leads to their divorce. For more information, her YouTube channel chronicles her going to school and focusing on her physical fitness.

Recap on What Anfisa’s Done to Change Her Appearance

Entertainment Chronicle previously goes over some of the contributing factors to Anfisa’s change in appearance. According to Entertainment Chronicle, Anfisa details her plastic surgery procedures on her personal vlog. During which she admits that she’s had a chin implant, two nose jobs, and a breast augmentation. Not only that, she’s appears to use aligners/retainers to straighten her teeth. It isn’t hard to miss all the hard work and dedication Nava puts in for her total body transformation. Additionally, she wins awards in physique/bikini competitions. Furthermore, she gains her certification to be a physical trainer. Take a look at how her face has changed in the photo below.

An Update from the Former 90 Day Fiancé Star Herself

Luckily for fans of the Russian beauty, she takes to her YouTube channel to give her fans a “Quick Life Update.” She begins the video by welcoming her followers back and saying that she misses them. Then, she announces that after doing some thinking, she decides to get back to making YouTube videos.

Anfisa Nava goes on to explain that her goal has always been to provide “authentic content.” She goes on to explain her hiatus from the video-sharing platform. Nava says that she didn’t feel like she had the “motivation and inspiration to make videos”, so she didn’t want to force herself.”  Her concern is that if she would have made videos, they would have been “inauthentic and not show who [she] really is.” Hopefully, fans appreciate her honesty. And she’s ready “to share her life” with fans again.

Ultimately, that is a fair justification for not putting up new YouTube content. Furthermore, fans have been able to keep up with Anfisa. She remains active on Instagram. Presumably, this is because she is a brand ambassador for Bombshell Sportswear.

More From Her Life Update Video

Anfisa Nava kicks her video off by explaining that she’s had a lot of things “happening and changing in 2020.” That seems pretty relatable. However, it seems that she only highlights all the positive things from the year.  And she wastes no time getting into “a burning question.” That question is, what is going on with her relationship? Consequently, Anfisa knows how to keep people engaged with her content. She pretty much says you have to stay tuned to the end of the video to find out. Luckily, at this point, the video only has a few seconds past three minutes to go.

Remarkably, Nava makes huge strides in her academic development. She shares that she graduated from community college and transferred to UC Irvine. Furthermore, she is in her second quarter and things are going very well.

More About Her Professional Endeavors.

As far as her professional life goes, it appears that things are doing great in that department too. Over the summer she began training people in person. However, for unknown reasons, she decides to switch to fully training online. Also over the summer, she stops working with a workout app, because she wanted to go a different route.

However, fans will still get fitness content from Anfisa. Next week, on February 4th she launches her online workouts and meal plans that are fully customizable. The plan is called Empower by Anfisa, and fans can pre-sign up at this link.  The benefit to pre-signing up is that these registrants get an email with a discount code. Stopped working with a training app over the summer.

As many fans already know, Anfisa Nava is divorced. Anfisa takes that high road and doesn’t say anything bad about her previous marriage to Jorge Nava.  She sums it up with, “He has his life now and I have mine.”

She concludes her life update video by reassuring her followers that she hopes to put up content regularly. However, she seems like she stays busy. Hopefully, she finds a filming schedule that works since her fans seem to always enjoy hearing from her.

Are you excited for Anfisa and her success with school and her business? Let us know in the comment section below. Make sure to come back to TV Shows Ace for more news about your favorite TLC stars.