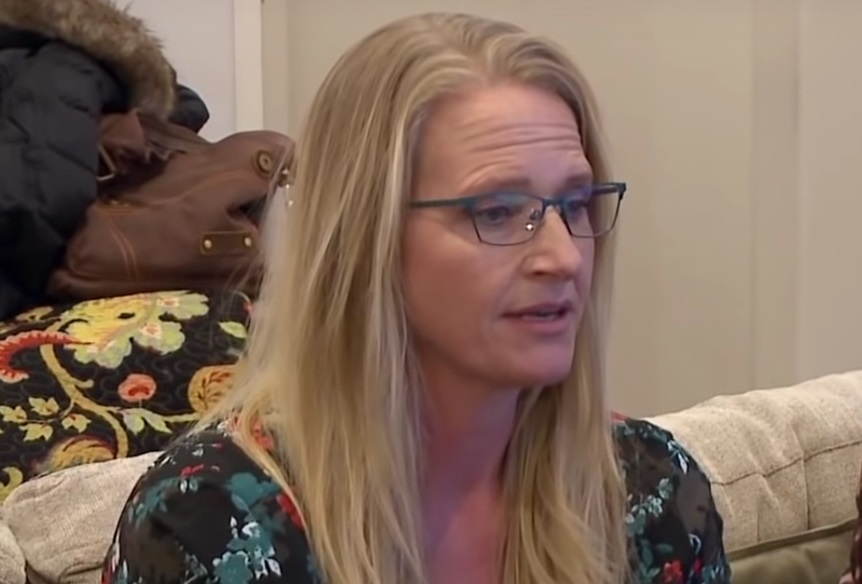 Christine Brown showed her Sister Wives followers something on social media that maybe they didn’t have to see but she decided they did. However, it seems this Sister Wives mom decided to answer a question from fans by offering up a demonstration. And… quite the demonstration it was.

It seems Christine was asked if they have makeup artists come in for the show. The answer to that Sister Wives question is a big “no.” Instead, the four wives of Kody Brown are expected to dress from their heads down to their toes all by themselves. And this includes makeup as well.

So, to add a little something to the post, Christine offered up her amateur video of how she puts on her makeup. While she went step by painstaking step, it was in fast mode. Sister Wives followers said it did help that it was in fast motion. Because as Christine got herself dolled up for the camera with her own two hands some fans became dizzy.

Christine Brown’s video tires you out just watching it. This Sister Wives lady certainly puts a ton of effort into looking her best. Or… so she thought.

Christine went from a scrubbed and naked face to makeup covering every pore above the neck. However, this is when the critics entered the virtual building. This Sister Wives makeup routine was not just criticized, it also attracted all types of tips from her fans.

Several people who watched all the effort Christine put into this daily chore told her she wore way too much makeup. Still, others picked out certain facial features, like her eyes to tell the Sister Wives mom her makeup is too dark on her lids.

After all that work she put into this,  it seems Christine’s Sister Wives followers like her better without any makeup on at all. Although, some people weren’t kind when telling her this.

Christine first reported that all her co-wives, as well as herself, apply their own makeup. But several fans didn’t see this as a surprise.

A few fans commented that they knew that already. One said it was obvious that they weren’t sporting professional makeup jobs. But one of the questions wasn’t new. What is up with the eyebrows lately, some fans asked.

It seems Christine applies eyebrow makeup that darkens her brows to the point that they stand out. Critics jumped in to suggest lightening up on her eyebrows. However, she’s not the only Sister Wives lady whose eyebrows standout lately.

Sister Wives followers have been after Meri Brown to lighten up on the eyebrow makeup as well. Robyn also had a few comments on her brows in the past.

The only one who the fans passed by with criticism for her makeup seems to be Janelle Brown. She appears to use just enough to accentuate her looks without her facial features screaming at the camera.

Tune in Sunday, February 14 at 10 pm ET to catch the new season of Sister Wives on TLC.

‘Arthur’ Fans Grieve Over News Of Long-Running Show’s End
Danielle Busby Brags She’s Not A Regular Mom, She’s A ‘Cool Mom’
Joy-Anna Forsyth Pregnant?! Another Duggar Baby On The Way?
Nanny Faye Says ‘Free Britney’ And Fans Are Here For It
Tammy Slaton Celebrates Birthday: How Old Is She, Anyway?