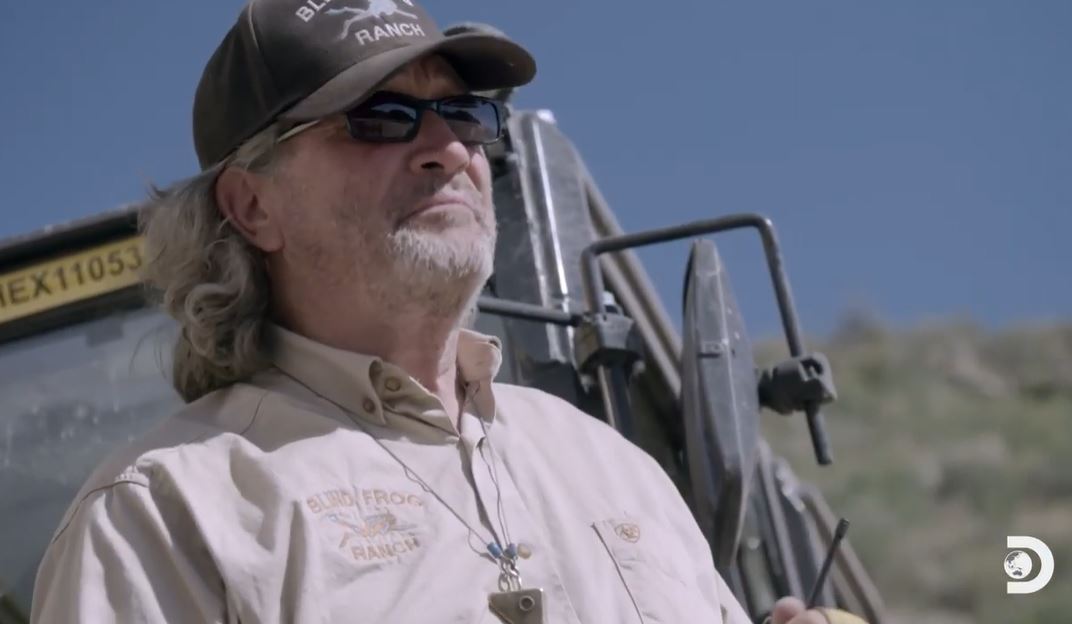 On tonight’s addictive new series Mystery at Blind Frog Ranch on Discovery, the producers and the team of men working the mine suddenly are on to some intruders who have used a spy drone.  These people are trespassing on Duane Ollinger’s Utah ranch.

And it all happens as the team with Duane are working and filming a scene as this spying drone is caught dead to rights.

Mystery at Blind Frog Ranch is a series that focuses on looking for treasure and gold in a paranormally active part of Utah near the infamous Skinwalker Ranch.

Strange things happen on this land, and often these happenstances are caught on camera as Duane Ollinger, his son Chad Ollinger and the rest of his crew work to dive deep into the subterranean caves and waterways that run under a stretch of land.

In TV Shows Ace exclusive clip we see Duane and the production team from Discovery spot a rogue drone, and the footage is unscripted and real, and pretty intense.

What happens on The Blind Frog Ranch tonight

TV Shows Ace clip opens with the camera men spotting the drone which is hovering above where the men are digging and working.

The men all see the buzzing drone and how it is hovering directly above them. The producers confirm that this drone is not anything they are using or controlling. Now the situation becomes a search and destroy mission. They employ their own drone to survey who is controlling the interloper.

What they realize is that someone is spying on them, but who?

Duane and the men note that they must be on to something good and doing something right for this kind of invasive surveillance. A producer radios to Duane and tells him an intruder is spotted and is riding around on his property in a four-wheeler.

Watching, Duane says: “Anybody that is that interested… that means we are doing something right…I don’t know how far those drones go or where the communication to that drone is but we’re used to people nosing around out here all the time. It doesn’t slow us down but it leads to people trespassing and they do they they most certainly do.”

The men note that a nearby neighbor said he said he lost some cows in a hole but Duane is not buying it.

He says: “In Texas, if you’re downwind and something smells like a skunk and looks like one it’s a skunk.”

More about the show tonight

Also on tonight’s exciting episode, Duane employs ground-penetrating radar to scan the land near a potential drill site, leading to a mysterious finding.

And these trespassers prompt Charlie to increase the security on the Blind Frog ranch with an elaborate camera system — capturing a frightening sight in the dead of night.

Tune in tonight to see what they find on the footage: