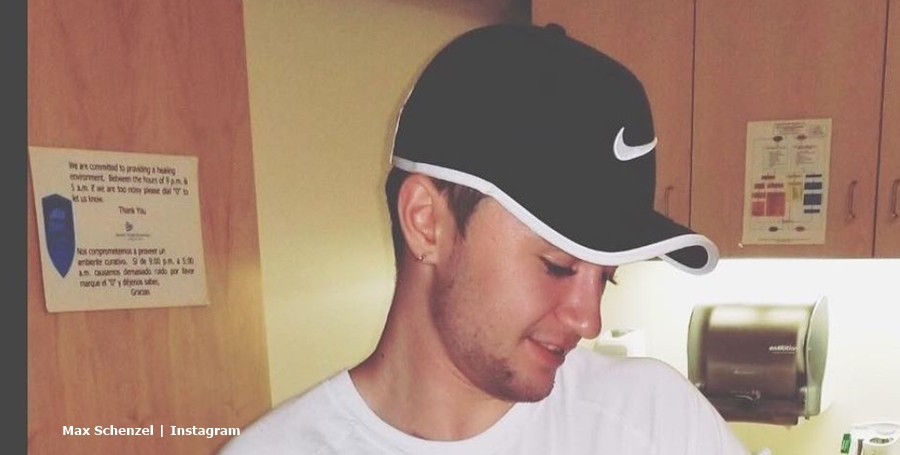 Max Schenzel ended up in jail for six months. Word came that the Unexpected star would leave jail on January 8. The charges that landed him inside came for various offenses. And, he was due for a hearing that stemmed from allegations that he threw a phone at Chloe and hit her in the face. But now he claims he never actually hit or injured her at all. Plus she talked about how he still wants to be the best dad to their daughter Ava.

Unexpected fans grow tired of Max always saying how well he’s doing. But then, he ends up in more trouble. Frankly, some TLC fans simply don’t believe him anymore. And possibly, that’s why Chloe became so fed up with him. When he ended up jailed for six months, we reported that Chloe also took out a restraining order on Max. She claimed that “not only did he throw a remote at her, but he busted her lip and even kicked their daughter in the back.” At the time, Max totally believed that the judge would feel sympathetic toward him as he claimed he made huge progress as a dad to Ava.

However, if he hoped for that, the judge simply ignored it. After all, it’s not the first time that Unexpected star Max Schenzel ran into trouble with the law. Starcasm reported that he landed up with a six-month jail sentence. The outlet reported that his jail sentence came after the court heard about the attempted theft of a vehicle. But other charges were pending. So, it’s not exactly clear which one landed Max Schenzel in jail. In fact, it could have been a combination of offenses, even the original one where he stole a credit card. But now, he denies he ever hit Chloe with a phone.

Max posted up all about the restraining order and the phone-throwing incident. The @tlc.unexpectedtea account on Instagram shared it. In his post, Max said that he stayed “sober for almost a year.” Plus, he claims he feels “happy” that Chloe found herself a new guy. But he can’t see Ava because of the restraining order for the domestic abuse charge. He noted that he never actually hit Choe. And said that the judge went along with it because he allegedly threw one at her.

Nevertheless, Max Schenzel then claimed that the charge was “based on” him throwing a phone and “not hitting her.” Then he claimed that “neither happened.” And, Max added that it’s a “false” claim by Chloe. Well, TLC fans reacted with a lot of skepticism. One of them commented, “I don’t believe anything that comes out of his mouth.” And another one noted that it’s hardly likely that Chloe gave no evidence about the alleged assault.

What do you think about Unexpected star Max Schenzel claiming he never threw a photo or hit Chloe? Do you believe him? Sound off in the comments below.