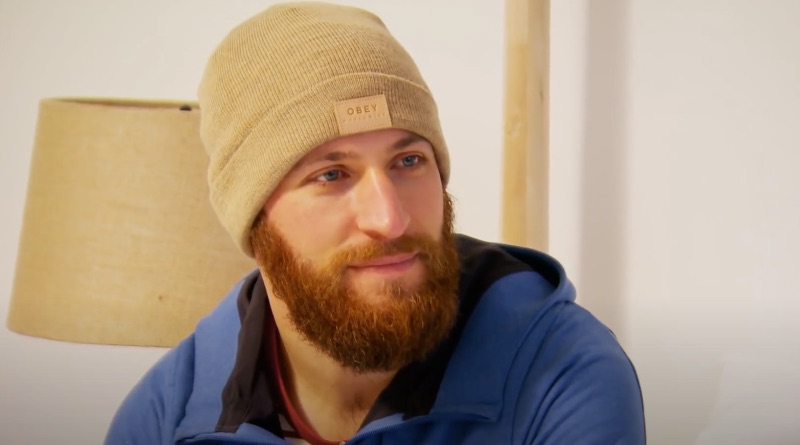 Married at First Sight celeb Luke Cuccurullo recently shared an adorable photo with his best bud. The former Lifetime husband shared a fun image out and about on the town with a very special guy.

Even though Luke Cuccurullo has a new girlfriend, and they’re very happy together, he recently went out with just his buddy. And that included him and his adorable little pooch, Studley. Kate Sisk’s former husband spent time at a local distillery in Philadelphia. And he brought his furry pal with him to take it all in.

Married at First Sight alum Luke Cuccurullo spent time at Four Humours Distilling in Philadelphia. It’s an establishment that offers signature cocktails and some bar food classics you might expect. And in addition to whiskey and wine options, they also offer things like cheese plates and more.

Luke & His Pooch Dine in Style

One of the other benefits for Married at First Sight star Luke Cuccurullo is that the place seems to be pet-friendly. Luke took a picture with his toy poodle in his lap. And the pair look happy to be there. Whether or not they had anything for Luke’s fur baby, the little guy seems happy in his dad’s lap.

As Married at First Sight fans remember, Luke Cuccurullo and his new gal recently adopted the toy poodle. They drove all the way to Tyler, Texas, to pick their new family member up. And because Luke is an avid traveler, the pair turned it into an adventure. They even documented their road trip with short clips of their travels.

Since then, Luke’s furry friend seems to have settled into his new life in Philadelphia. And he seems more than relaxed sitting with the Married at First Sight celeb as his dad fills up on an assortment of bar snacks.

Married at First Sight Star Doing His Own Thing

Luke Cuccurullo has done a lot since appearing on Season 8 of Married at First Sight with Kate Sisk in Philadelphia. He has his own podcast called Cuccurullo Conversations. Also, he has done a lot lately when it comes to photography – both behind and in front of the camera.

Since he travels often, he spends time with fellow Married At First Sight cast member Amber Bowles. And the two seem to be really good friends. On top of that, now that he is in a new relationship, his girlfriend accompanies him on his adventures.

Married at First Sight fans say Luke is one of the biggest show villains the franchise has ever had. And since his time filming, he seems to do what he can to distance himself from that. He certainly broke away from the villain moniker. And as a result, he seems much happier for it.

‘Welcome To Plathville Season 3’ Will The Family Make Amends?
Is This A Sign ‘Bringing Up Bates’ Will Be Canceled?
‘When Calls The Heart’s’ Paul Greene To Become A Father Again
‘Dexter’ Revival: Release Date, Cast, What We Know So Far
‘Y&R’ Spoilers: Sharon Blows Up Her Marriage – Gives In To Adam?