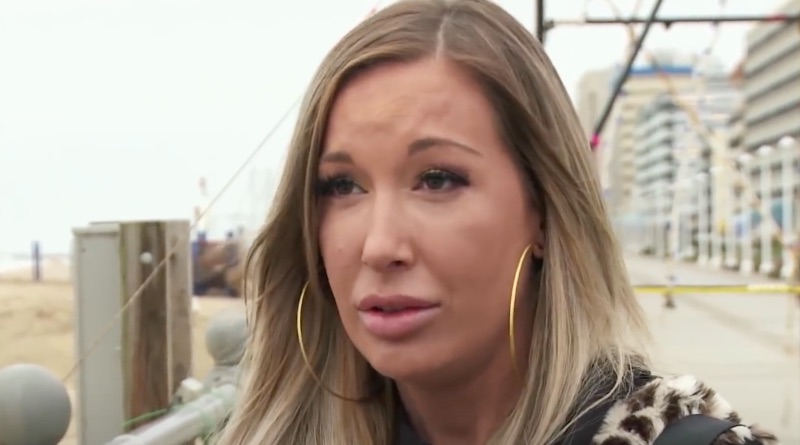 Life After Lockup celeb Lacey Whitlow is pregnant with Shane Whitlow’s baby in current episodes of the WEtv spinoff. Did she already give birth in real-time?

Lacey Whitlow pregnant with Shane Whitlow’s baby is a major part of their storyline on the Life After Lockup spinoff. Lacey is known for her WEtv love triangle storyline involving her husband and John Slater. But after her last rendezvous with John, Lacey wanted to give things with Shane another shot – and he agreed.

Still, even though Shane and his wife carry on with their marriage in recent episodes, that doesn’t mean John is out of the picture for good. Lacey Whitlow carries Shane’s child on Life After Lockup. So that’s a major element that wasn’t part of the love triangle storyline in previous seasons.

Did Lacey Already Have Her Baby?

Lacey Whitlow has been teasing fans with baby updates on her Instagram page for a while now. She shared more about the tragedy they experienced. Even though it was possible that they’d have triplets, only one of the embryos survived. In addition to that, Lacey shared things like the sonogram and more.

WEtv usually likes to keep things like Life After Lockup baby reveals close to the vest until current episodes are off the air. WEtv used similar tactics in the past with Marcelino Santiago and Brittany Santiago’s children. But based on recent pics from Shane’s Instagram, you can see Lacey without her baby bump – and she looks like she lost weight in her face, too.

In the most recent season of Love After Lockup, there was a lot of chatter surrounding Jessica Gipson’s baby with Maurice. Meanwhile, even though the season was still on the air, details leaked about when Jessica gave birth to her baby boy – including pics of the little guy at the hospital.

So it’s likely Lacey Whitlow and her hubby will keep details hidden from their Life After Lockup followers. At least until after the show is off the air. However, they may drop more breadcrumbs along the way as the season continues.

Even More Life After Lockup Drama to Come

Even though Lacey Whitlow and her husband settle into their lives in real-time, drama with John Slater is still not over in recent episodes. John Slater recently compared Lacey to heroin. And they always seem to find a way back into each other’s lives even though it may not be the best decision.

Making matters worse on Life After Lockup, Lacey Whitlow didn’t tell Shane that John was out of jail. In fact, he had to find out from her father. And that certainly sets the stage for even more drama throughout the rest of the season.