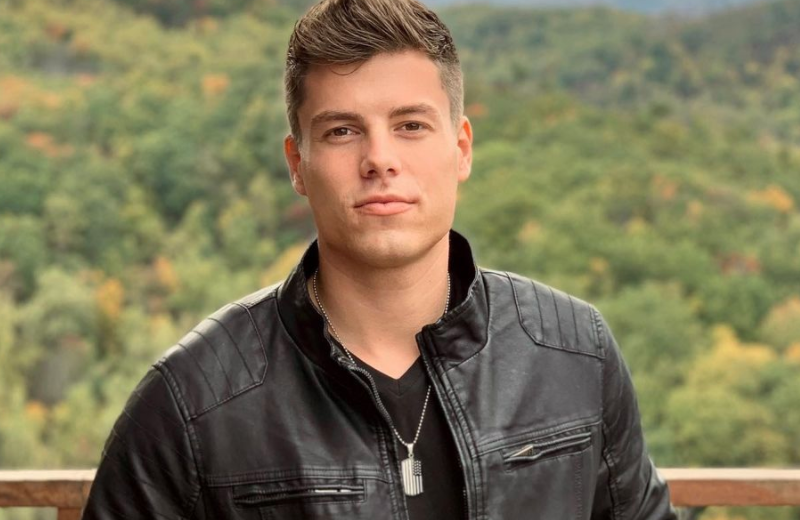 On social media, Lawson Bates shared a new photo of himself. The Bringing Up Bates star is standing outside of a house with two of his nephews. He writes, “Fav uncle 🙋🏼‍♂️ reporting for duty 🤗.”

He’s holding Robert Ellis IV, who goes by Kade. He’s also holding his nephew Kolter Gray in his car seat. Kade is 2, and Kolter is 10 months. The two little boys belong to Tori Bates and Bobby Smith. Tori and Bobby recently announced that they are adding to their family. They will have a baby girl in June.

It looks like Lawson got to spend some quality time with his nephews. He might be babysitting for his sister and brother-in-law.

Bringing Up Bates fans are loving the photo that Lawson shared. They think he’s a great uncle, and one even called him watching his nieces and nephews “daddy practice.”

Another fan adds, “Natural with those babies! I think its time to get married and have some kids there buddy!😁” It seems like fans are hopeful that Lawson will find a partner very soon.

What are Lawson Bates’ other roles?

Lawson is also in law enforcement. He previously shared, “In 2018 I was elected by the people of my district as a Law Enforcement Officer. I’m so grateful to my trainers, and most importantly to the people who trusted me with their vote. I’ll always do my best to protect and serve my constituency.”

Lawson is a singer-songwriter too. His music genre is contemporary country.

He likes traveling and exploring new places. He recently got licensed as an Emergency Medical Provider, as reported by TV Shows Ace. In April 2020, he got his pilot’s license too. He’s been active in volunteer efforts, including helping with hurricane cleanup. So, it looks like he’s keeping busy.

As far as fans know, Lawson is single. Fans were hopeful that he would end up with Jana Duggar, but those rumors have never been confirmed. In the meantime, Lawson seems to be enjoying all of the special time he has with his family.

So, what do you think of Lawson Bates’ new photo while he’s on duty? Share your thoughts in the comments below.