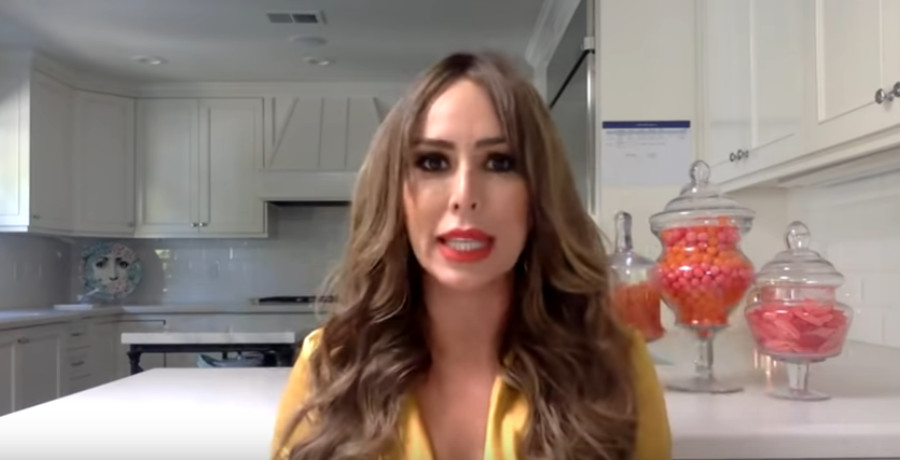 Are Kelly Dodd’s days as part of The Real Housewives numbered? As the calls for her to be fired grow louder, she may have possibly confirmed her fate in response to a fan on Instagram.

Why are Fans Angry With Kelly Dodd?

Kelly Dodd joined The Real Housewives of Orange County in Season 11. And it has been nothing but controversy for the reality star since then. In previous seasons, she likened co-star Vicki Gunvalson’s appearance to that of a pig. But her recent comments off-screen during the coronavirus pandemic caused major uproar on social media.

When the coronavirus pandemic struck in early 2020, RHOC had just begun to film Season 15. Earlier that year, Vicki Gunvalson and Tamra Judge announced their departure from the show. As the COVID-19 pandemic raged across the globe, Kelly Dodd raged on Instagram. She told one fan that the coronavirus was “God’s way of thinning the herd.”

Dodd also spoke out against the Black Lives Matter protests. At her bridal shower, she was spotted wearing a hat that said “Drunk Wives Matter.” That sparked more backlash, per Page Six.

When Season 15 finally aired, viewers watched in horror as Kelly Dodd refused to take the coronavirus pandemic seriously. She even went ahead with her wedding in October of 2020.

Host Andy Cohen had a lot of things to address with Kelly Dodd at the reunion. In the first part of the reunion, she called Cohen “anti-American” because he wasn’t a Trump supporter. In the second part, she claimed she can’t be racist because her 23andMe genealogy test showed she’s part Black.

The reunion episodes renewed the calls for Bravo to #firekellydodd.

It seems Kelly Dodd expects Bravo to fire her. Before part 2 of the reunion aired, she said she would quit the show if Braunwyn Windham-Burke returned for Season 16. But now it seems that Dodd won’t have to quit at all.

After the reunion wrapped up, Kelly Dodd took to her Instagram to ask fans for their thoughts.

In the comment section, the RHOC star had a revealing exchange with a fan. Bravo fan account @queensofbravo spied the exchange and shared it with followers. One of Kelly Dodd’s followers wrote that Bravo “better not” fire Kelly. They went on to say that viewers are “sick of cancel culture.”

In response, Kelly wrote that her firing is “likely to happen.” Bravo has yet to respond to Kelly Dodd’s assumption.

While Bravo has yet to weigh in on Kelly Dodd’s employment, Andy Cohen has some thoughts. After a Twitter thread supported canceling RHOC, he came up with a better solution. A “reBOOT.” His reply put the emphasis on “boot,” leading to speculation that several members of the cast will be fired.

Do you think Bravo will go through with firing Kelly Dodd? Would you miss her on RHOC? Follow our Facebook page for the latest news on this developing story.

Lisa Rinna Sued For Copyright Infringement: What Did She Steal?
‘Below Deck Med’: Lexi Wilson Claims Malia White Is Doing Damage Control
Savannah Chrisley Deletes Controversial Shark Post, Trolls Switch Gears
Who Will Be The Next ‘Bachelor’? One Contestant Reportedly Getting ‘The Bachelor’ Edit
Tammy Slaton Disappears, Pulls Plug On Social Media: Is She Dead?