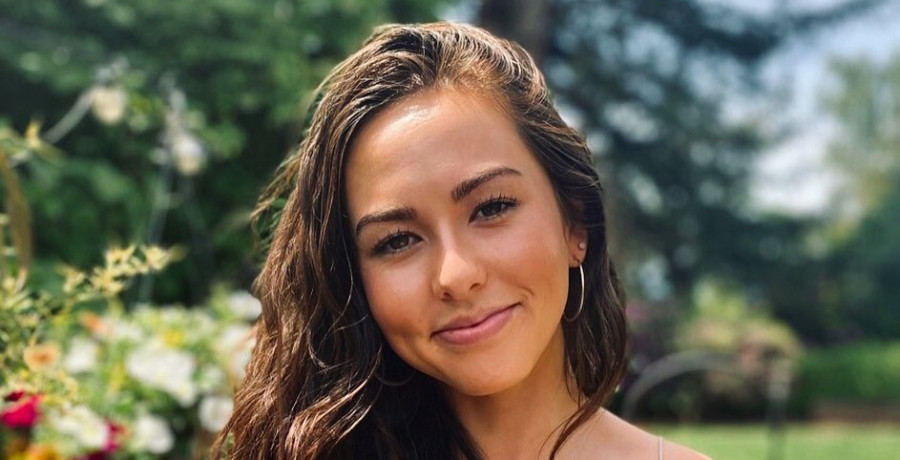 When Matt James’ season of The Bachelor kicked off, viewers immediately fell in love with Abigail Heringer. She also got a lot of media attention because she is the first deaf person to compete on the ABC dating show.

While the season premiere heavily featured Abigail Heringer, she has been in the background in the more recent episodes. But it seems that is about to change in the episode airing on February 1.

In the season premiere of Season 25 of The Bachelor, Matt James – and viewers – met Abigail Heringer. The 25-year-old from Portland, Oregon, told him immediately that she is completely deaf, but has cochlear implants.

In a discussion later, she told her potential husband more about her family. Abigail and her sister were both born deaf. They also both got cochlear implants as toddlers. Abigail doesn’t use sign language, nor does she consider herself part of the Deaf community.

Since night one, Abigail hasn’t gotten a ton of alone time with Matt James. But that will all change on the next episode. The two have a serious discussion about a possible future together. However, they may not have a future after her confession.

She reveals that if she has children, there is a “strong possibility” that her children will also be born deaf. Entertainment Tonight shared a clip of the deep discussion. Abigail Heringer further reveals that her birth father “did walk out” on her family around the time she and her sister had the cochlear implant surgeries.

Will it be a Dealbreaker for Matt James?

As Abigail says, Matt James is looking for someone to marry and have a family with. Given her birth dad’s reaction to his children being deaf, it’s no surprise that Heringer is nervous about Matt James’ reaction.

After the season premiere, Matt James said that Abigail is “just incredible.” The two clearly have a connection. They even have a cute way to signal each other during group dates – an ear tug.

But is their connection strong enough to overcome the possibility that any children they have together would likely be deaf? In a recent post to her Instagram Stories, The Bachelor contestant opened up about feeling like she doesn’t fit in the hearing world OR the Deaf world.

Fans will have to tune in on Monday to see Matt James’ response to Abigail’s confession. How do you think he will react? Let us know your thoughts in the comments down below.

Join our Bachelor/Bachelorette Facebook group to connect with other Bachelor Nation fans.