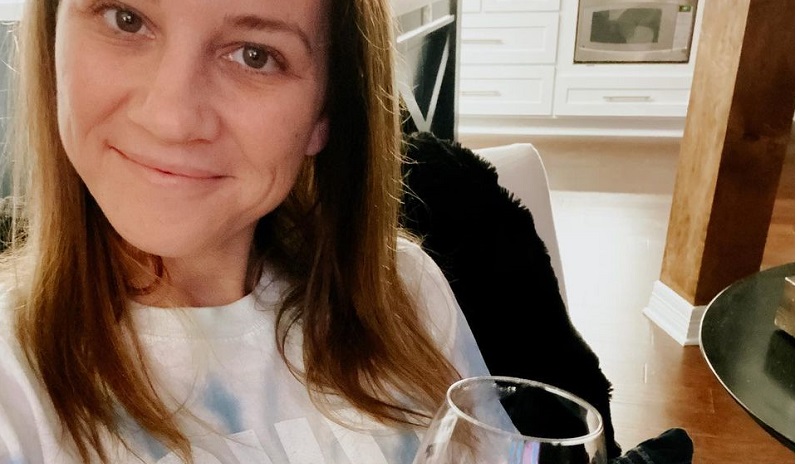 Hard as it is to believe, Adam and Danielle Busby manage to find time for each other despite having six young girls. OutDaughtered fans often wonder how Adam and Danielle Busby have any time for each other. They, however, have been adamant about the importance of maintaining their relationship with each other. The couple agree being a strong couple is necessary to raise their girls properly. So, they regularly find time to enjoy date nights and moments with each other. To keep their relationship strong.

Danielle Busby got buzzed on wine, Adam was here for it

A comment by none other than her husband Adam Busby quickly emerged at the top of the comments. He spilled he was in another part of the Busby home at the time. His office. But, it sounds like he was determined to get to his buzzed wife quickly.

Doing what any loving husband would do in this situation. He quickly raced to where his wife was. This was after he reacted to the moment on Instagram. Questioning if this was happening right at this moment.

Fans think the exchange is hilarious

Now, as we previously reported, OutDaughtered fans were dying in the comments of Danielle’s Instagram. This, however, is largely because of how Danielle responded. See the exchange in the screenshot below. 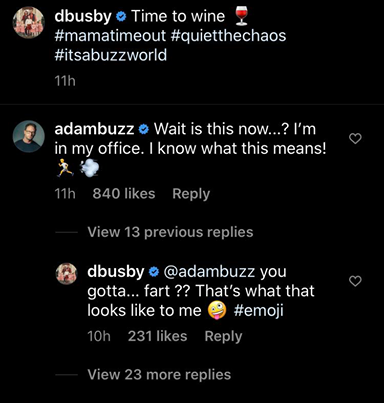 Adam Busby concluded his comment with an emoji of a guy running. The guy running had a cloud of smoke behind him. But, Danielle… Well, she thought it looked a little funny. “You gotta fart?” She questioned in response. Likewise, she wasn’t alone in this train of thought. A lot of OutDaughtered fans also thought it looked like the little running man was passing gas.

Needless to say, Adam quickly killed the mood with his weak emoji game.

Itching for more of the Busby family? New episodes of OutDaughtered will be returning to your TV screens in roughly a month! And, you can stream past seasons of discovery+.

Are you looking forward to new episodes of the series? Do you think Adam still got his sexy time with Danielle or did his emoji game kill the mood for good? Share your thoughts and keep coming back for the latest Busby news.