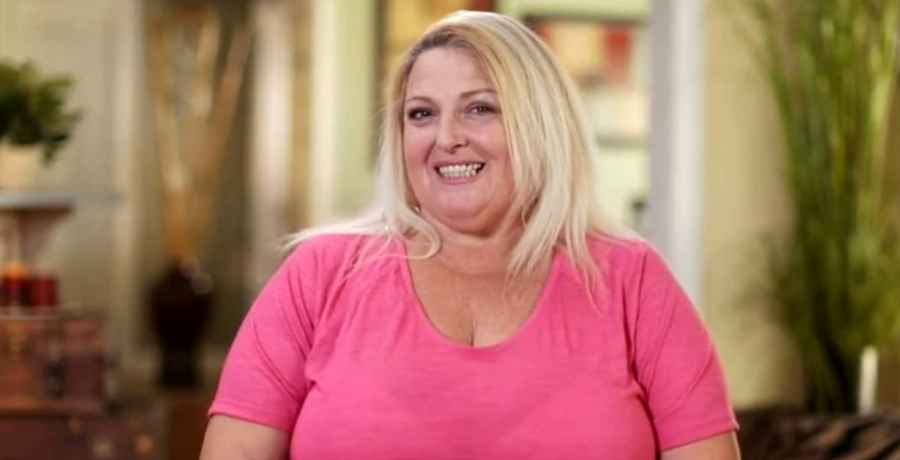 Just recently, 90 Day Fiance star Angela Deem has lost a whole load of weight. She has been posting glamorous images of her new look on social media, especially at Christmas. However, Angela has shocked her fans by posting make-up free images to her Instagram stories that look anything but glamorous.

Fans will remember Angela Deem when she appeared on the 90 Day Fiance: Happily Ever After? Tell-All. She spoke of her plans to have weight loss surgery, despite her husband Michael telling her “No!” Well, with him still stuck in Nigeria, Deem went ahead. Despite any major health risks that came with the surgery, she had the surgery done. Even better, Angela snagged another spinoff based on her weight loss journey

While rumors of Deem’s new, fitness-themed TLC show were swirling, her Instagram followers have kept up with her new look. First, she had treatment on her face, possibly with Botox, and appeared wrinkle-free. Later, she revealed her slimmed-down body after losing all that weight. Let’s face it, she looked gorgeous in her Christmas photos!

While everyone has been keeping up with Angela’s images, to catch every step of her journey, she has now shocked her fans. She shared a set of videos on her Instagram stories, where she doesn’t always look her best. The 90 Day Fiance star included footage of a make-up free face, that didn’t look good at all.

As noted by Monsters and Critics, the barefaced look made Angela look completely different from recent posts. In fact, the wrinkles everyone thought she had lost were still there.

Of course, we all know the magic of makeup. Just look at Angela’s fellow cast-mates like Deavan Clegg. Deavan looks completely different these days to her look on 90 Day Fiance: The Other Way. Most of this is due to the careful application of make-up and the odd little “adjustment” to her lips and eyebrows.

Meanwhile, as Angela awaits the arrival of her husband, Michael Ilesanmi, she is devoting all her time to her six grandchildren. The Georgian grandma has uploaded several cute TikTok videos of the little ones on Instagram. One video is of her adorable granddaughter, Ana Sky, who looks like her own personal mini-me. Angela wrote on the post, “This baby here is definitely meemaw’s STAR.”

As for Michael, we will likely have to wait and see his reaction to her drastic weight loss. As mentioned above, he wasn’t happy with the idea when they appeared on the Tell-All. It seems Nigerian men like something to hang onto! We guess we will just have to wait and see.

In the meantime, fans can catch Season 8 of 90 Day Fiance on TLC, Sundays at 8 pm ET.