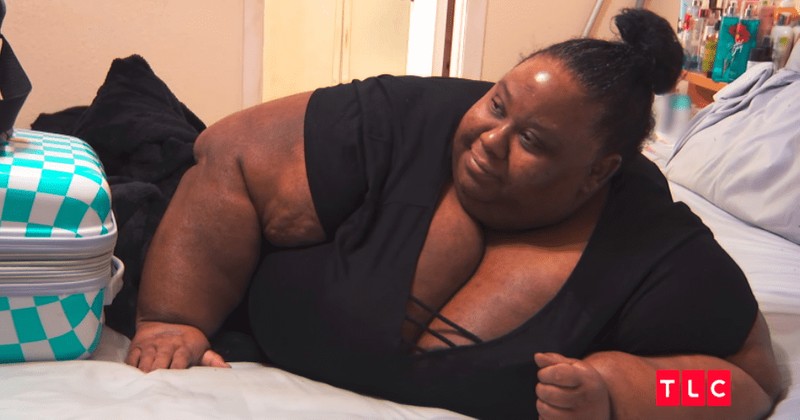 My 600-lb Life star Melissa Marescot turned to Dr. Younan Nowzaradan for his guidance and supervision. She was morbidly obese and needed to drop some weight in order to save her life. Melissa did good while under Dr. Now’s supervision but what happened once the cameras stopped rolling? Did she keep losing weight or did she go back to her old unhealthy eating habits?

Melissa Marescot is a 36-year-old woman who had struggled with her weight through a lifetime of trauma and abuse. Fans may remember that Melissa’s issues started when she was young. She grew up in an abusive home and she took a lot of abuse from her mother. Things became worse when her father walked out of her life. She turned to eat as a way to find comfort. However, things got worse when she ended up pregnant at the young age of 15. Melissa decided to have an abortion, which seemed to make things worse, she dropped out of school and fell deeper into depression. Her weight issues continued and became much worse.

She did well on Dr. Now’s program

Turning to Dr. Now to receive help, Melissa at almost 600-lb was told to go on a strict 1200 calorie diet. She was also told to visit a psychotherapist that could help her deal with the stress and emotional trauma from her past. She did great and when she returned to see Dr. Now she lost a total of over 150 lbs, coming down to 440. However,  though this was a massive accomplishment,  it still wasn’t enough for the surgery. So, Dr. Now asked Melissa to move to Houston to continue his program.

Melissa decided to go against Dr. Now’s suggestion and returned to Florida instead. As stated during her episode, she didn’t see the point in moving. She had already started accomplishing the goals she had set for herself at the beginning such as traveling, going outside, and going out with her friends. In fact, She started dating again, meeting her new boyfriend Elijah, whom she met through her best friend.

What happened when cameras stopped rolling just isn’t entirely clear. She has a social media account but has set it to private. Ultimately,  leaving fans to wonder whether she was able to continue losing weight. According to an article by Inquisitr, there was a public profile photo on her Instagram page, and while it appeared to show her looking happy and slightly smaller than her heaviest weight, it was not clear if she continued on her weight loss journey or if she is just maintaining her current weight.