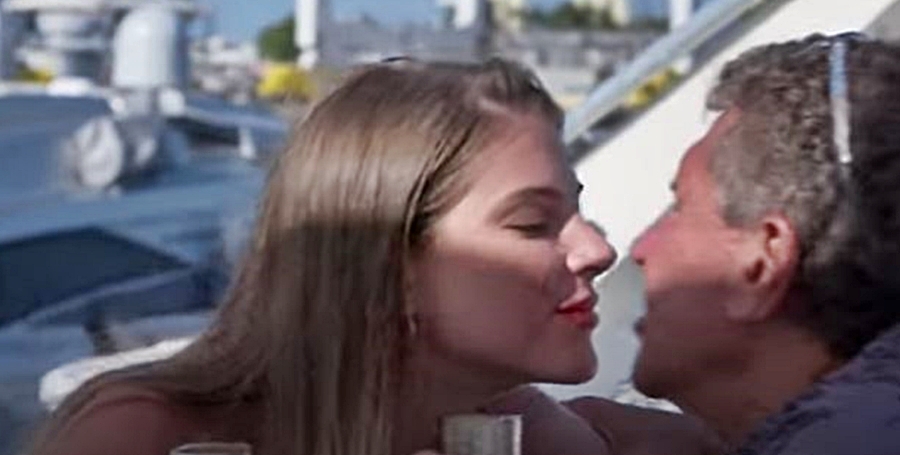 Rick & Erica return for the second part of Season 2 on Marrying Millions. But did they survive as a couple in real life? The show returned to Lifetime on January 27. Recent info seems conflicting, but some news arose that might indicate they split. Recall last season, fans saw Rick ask Erica’s dad for his hand in marriage and he agreed, if somewhat reluctantly. And, nobody expected her dad to appear at the wedding.

Rick & Erica of Marrying Millions seldom share photos of them together

In August last year, Lifetime fans saw that Erica’s dad and her grandma sat down with them. It turned into a rather awkward meal as they started discussing his physical prowess. And even grandma asked about Rick’s “hips and joints” we reported. Meanwhile, her dad banged on about no matter how fit Rick might be, he’ll always be a granddad in his old body. After all, the couple is divided by 46 years in age difference. So Rick said he realizes he might pop off before Erica and he promised to make provision for her in his will.

During the premiere, fans on Twitter talked about the wedding venue. So, it all looks like the weddings on the go. One fan noted, “Glad Rick and Erica agreed to get married in Illinois as long as it satisfies her!” And others pointed out that Erica seems rather easy when it comes to spending Rick’s money. But mostly, they agree that they genuinely seem in love. Some people root for this Marrying Millions couple to work out. But others seem skeptical, so that might not actually happen. Notably, they seldom even share photos of each other on social media.

Meaww reported that on the surface of things, the couple seems okay. But they discovered some interesting chatter going down on Reddit. In the r.marryngmillions subreddit, u/LawyerPrincess93 shared some info. Apparently, they live in the same town as Eric’s family. And she feels pretty convinced that they split some time ago. And, user shoobshine who follows Erica on TikTok noted she seemingly lives by herself. They claimed she stays in a “regular apartment in a small town with no sign of Rick or mention of their relationship.”

So, maybe the Married Millions couple gave up the idea of pursuing their relationship. Additionally, there’s always the possibility that one of them, or both, just did the show for a bit of TV time. On his Instagram, apart from show promos, Rick Sykes hasn’t posted anything of Erika in a very long time. Meanwhile, on her Instagram, fans say they saw very little from her at all.

On January 14, Erica popped up a vlog on her YouTube and talked about how she just moved into her own apartment. Notably, she didn’t talk about Rick moving in with her. Plus, she talked about working and “making money to buy some furniture.” That’s not what fans would expect if things worked out for Rick & Erica.

In the comments section of the vlog, some fans told Erica they felt so sorry that things never worked out between them. However, she remained cagey about spoiling the actual show and didn’t reply.

What do you think? Are they together or did they split? Come back to TV Shows Ace for news on all of your favorite TV shows.