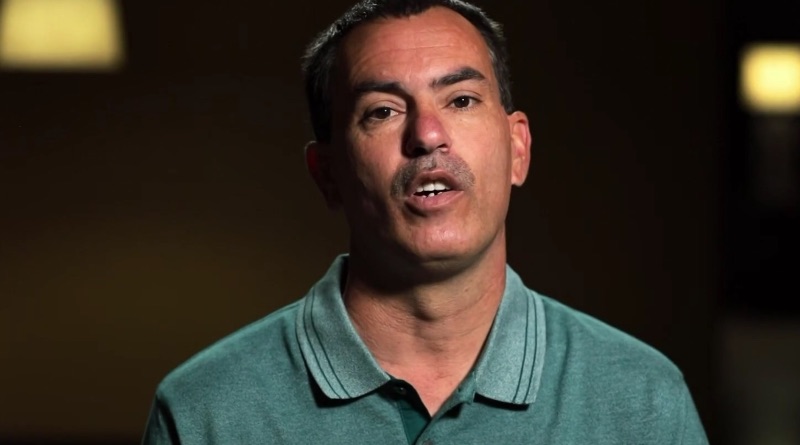 Love After Lockup star Shawn Osborne lost a lot of money based on the latest tea. Putting $50k on the line for Destinie Folsom has been a big topic on the show since WEtv introduced the pair. And it looks like we know where that money went based on the latest information.

YouTuber According to Amber recently dished some piping hot tea on Love After Lockup cast member Shawn Osborne. His ex, Kelly Corallo, recently dished on her baby daddy. Turns out, Destinie Folsom failed to show up for a court date. This left him to pick up the hefty tab.

Along with having to pay the $50k, Kelly dished that Destinie Folsom wiped out Shawn Osborne’s 401k as well. So, it looks like that Love After Lockup relationship really wiped him out financially. But even after everything Shawn went through with Destinie Folsom, it doesn’t look like he learned his lesson at all.

Turns out, WEtv celeb Shawn Osborne currently dates another former felon, Sara Issac. In total, this is Shawn’s fourth relationship with a former criminal. So he certainly seems to have a type. The new pair started dating back in November, only three months after she was out of jail.

Shawn Osborne’s new Love After Lockup girlfriend was behind bars for six years for involuntary manslaughter. Back in 2014, she injected heroin into a man. And this led to his death via a drug overdose. She pled guilty to the charge in 2015. She served several years behind bars as a result. Sara was officially released on August 31, 2020.

More Love After Lockup Drama with Destinie Folsom Ahead

There’s still a lot of drama ahead for Destinie Folsom and Shawn Osborne in current Life After Lockup episodes. Destinie still hides from Shawn at her sister’s house. And she has been dodging Shawn’s phone calls since the premiere of the spinoff.

Destinie Folsom doesn’t like the fact that Shawn lied to her on Love After Lockup. He wasn’t honest with her about talking to his ex. And according to Destinie, lying is something she can’t get over. In her mind, it breaks trust, and that’s a big deal. Still, she said in the most recent episode that if she got locked up again, she would call Shawn because it’s something she needs on the inside.

Based on recent updates, Shawn Osborne seems happy currently with his latest Love After Lockup former felon. That said, Kelly Corallo recently told The Irish Sun that he and Destinie are still “on and off”. So it looks like there’s still a lot of relationship drama surrounding this situation, especially with the new prison gal in the mix.

Danielle Busby Lets Quints Get Down & Dirty: See Adorable Photo
Proof Nic Kerdiles & Savannah Chrisley Are Back Together Surfaces?!
Jim Bob Duggar Snubbed By Nearly Entire Family — Including Michelle
Duggar Family STUCK Under TLC’s Thumb, Trapped By ‘Counting On’ Contract
Wait, What? Does Isabel Roloff Plan To Raise Her Baby In A Van?